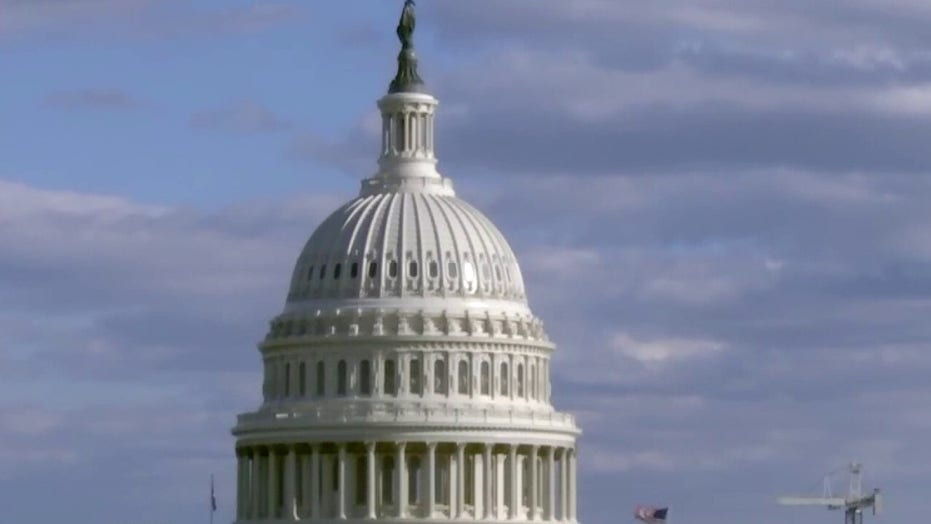 EXCLUSIVE - An outside group that backs Republican causes is going up in 11 congressional districts controlled by House Democrats with ads targeting the $1.9 trillion COVID-19 relief package being pushed by President Biden and congressional Democrats.

The American Action Network (AAN) on Sunday is expanding an issue advocacy campaign it originally launched last month that takes aim at what it argues is House Speaker "Nancy Pelosi's liberal stimulus."

The ads, shared first with Fox News, will be seen in House districts with Democrats who are potentially vulnerable in next year's midterm elections, when Republicans hope to win back the majority in the chamber they lost in the 2018 midterm elections.

The new ads come a day after the Senate – in a 50-49 party line vote – passed the massive relief bill. The measure, Biden’s first legislative initiative, includes new funding for coronavirus vaccine distribution and testing, direct payments of up to $1,400 to most Americans, a $300 weekly jobless benefits boost into September, a one-year expansion of the child tax credit, rental assistance for struggling households, and funding for reopening K-12 schools.

Senate Republicans remained united in their opposition to the bill, blasting the spending package.

The measure now heads back to the House for final passage – with a vote expected on Tuesday. The original House bill passed the chamber on a 219-212 vote on Feb. 27. Two Democrats – Reps. Jared Golden of Maine and Kurt Schrader of Oregon joining all the Republicans in the chamber in voting against the bill.

"Jared Golden’s party bosses want his vote, pushing to fast track nearly two trillion in spending they say is for COVID. But under 10% goes to public health priorities like vaccines. Instead, a freight train of frivolous spending to bankroll their liberal cronies - $350 billion in partisan bailouts to mismanaged states like New York and California. Tell Golden, hit the brakes on Pelosi’s plan," the narrator in the AAN digital spot that’s going up in Golden’s 2nd Congressional District charges.

"Lives and livelihoods are on the line, but liberals in Congress are more concerned with funding progressive priorities, pet projects and pork spending than funding the essentials we need to get out of this crisis. The American people deserve better," AAN president Don Conston said in a statement to Fox News.

Senate Majority Leader Chuck Schumer praised the bill ahead of Saturday’s vote, saying "we will end this terrible plague and we will travel again and send our kids to school again and be together again."

And the president declared after the vote that "when we took office 45 days ago, I promised the American people that help was on the way. Today, I can say we've taken one more giant step forward in delivering on that promise."