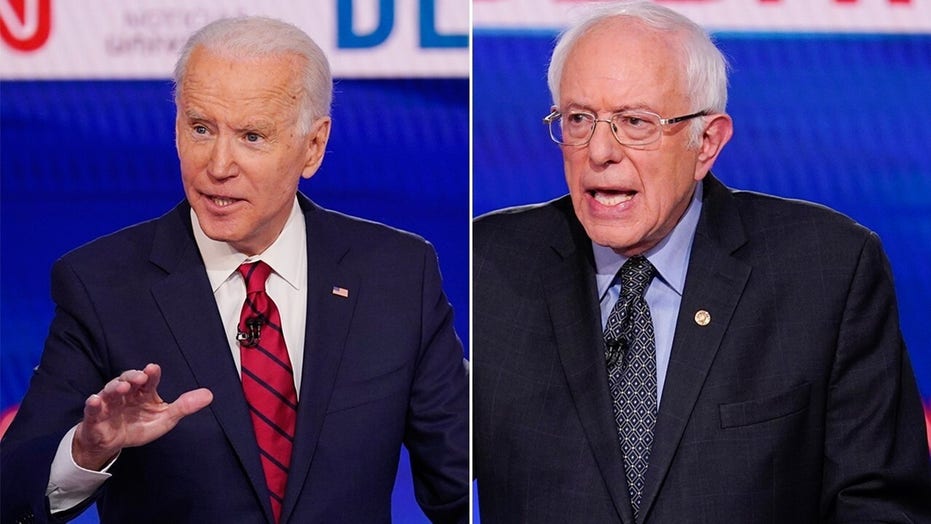 Ellison Barber reports from Columbus, Ohio with a recap of what the Democrat candidates said about coronavirus.

No candidates in sight – no campaigning – and no canvassing.

Welcome to the first presidential primary during a pandemic in modern times.

Voters in three states will briefly head to the polls with trepidation on Tuesday - with the country facing an unprecedented crisis as the coronavirus has forced most Americans to self-isolate in their homes in hopes of stemming the spread of the outbreak.

On primary eve – Ohio’s governor used an emergency order to postpone his state’s contest after the Centers for Disease Control (CDC) urged against any gatherings nationwide of 50 people or more.

While the polls will be closed in Ohio, contests in Arizona, Florida, and Illinois – will go forward on Tuesday.

And that could give Democratic presidential nomination front-runner Joe Biden a chance to deliver a potential knockout blow to Sen. Bernie Sanders – who’s fighting to avoid elimination from the White House race.

“This primary is far from over,” Sanders stressed in an email to supporters on the eve of the March 17 contests.

But in reality – the progressive senator from Vermont who’s making his second straight bid for the Democratic nomination is watching his window fast close.

The self-described democratic-socialist was the front-runner in the race for much of February – thanks to a partial victory in Iowa’s caucuses, an outright win in New Hampshire’s primary, and a shellacking of the rest of the Democratic field of contenders in Nevada’s caucuses.

But over the last two and a half weeks, Sanders has watched Joe Biden zoom past him in the race for the presidential nomination. Following a landslide win in South Carolina’s primary and sweeping victories in the coast-to-coast Super Tuesday states as well as last week’s mini Super Tuesday, the former vice president cemented his position as the unrivaled front-runner and has taken a commanding lead over Sanders in the all-important race for convention delegates.

At the same time, Biden’s seen a tidal wave of support and endorsements from current and former members of Congress, governors and state lawmakers and party rainmakers – as centrists, moderates, and the party establishment have all coalesced around the former vice president in hopes that they’ve found the contender who can take out President Trump in Novembers general election.

The public opinion polls in all the states voting Tuesday indicate Biden enjoying large double-digit leads. And Sanders lost all four of them four years ago to eventual 2016 nominee Hillary Clinton.

While Sanders scored points at Sunday night’s Democratic presidential nomination debate – he didn’t deliver a knockout blow to Biden that was needed to change the primary narrative that the independent senator’s living on borrowed time.

If Tuesday’s primaries deliver another round of decisive victories by Biden, the chorus of calls for Sanders to step aside will grow louder. But Biden will still be short of the 1,991 pledged delegates needed to clinch the nomination. And with the primary calendar grinding to a halt after Tuesday's contests due to the coronavirus pandemic - there’s the possibility that Sanders could stay alive in a race that will be frozen in time.