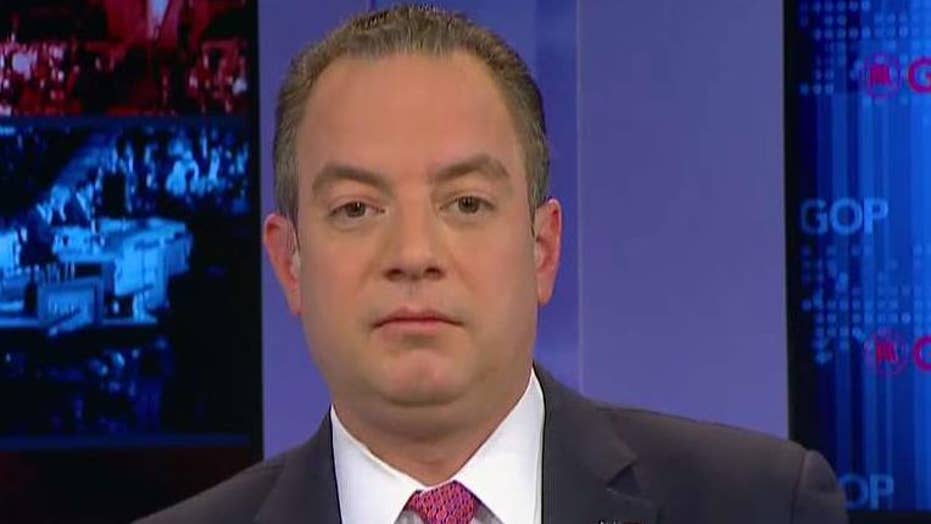 Incoming White House Chief of Staff Reince Priebus suggested Sunday that President-elect Donald Trump will accept that Russia is behind the hacking of Democrats' email accounts during the 2016 White House race if the leaders of the U.S. intelligence community draft a report with that consensus agreement.

“I think he would accept the conclusion if they would get together, put out a report and show the American people they are on the same page,” Priebus said on “Fox News Sunday.”

Trump won the presidential race in an upset victory over Democratic nominee Hillary Clinton, whose campaign was hurt by a raft of emails hacked from campaign chairman John Podesta’s personal account, then released by WikiLeaks.

The Trump campaign has suggested the effort to tie Russia to the leaks is an attempt to delegitimize his victory.

“There’s no evidence that shows the outcome of the elections was changed by a couple of dozen John Podesta emails,” Priebus, who is still chairman of the Republican National Committee, also said Sunday.

He also said the intelligence community is “almost there” on a consensus finding about Russia’s involvement.

“I think they’ll get there,” Priebus said.

He suggested that the Trump team accepts CIA Director John Brennan’s statement that Russia was involved. However, it remains wary about news media reports that FBI Director James Comey agrees.

“Not when you have multiple people saying different things through third parties and media reports,” Priebus told “Fox News Sunday.” “It would be nice to hear from everybody.”

Priebus also said he was “100 percent confident” that the Senate will confirm Exxon/Mobile CEO Rex Tillerson as Trump’s pick to be the next secretary of state.

He also said he expected “everything to fall in line” Monday when the Electoral College votes to officially make Trump president and that Trump’s recent statements and actions don’t suggest that the president-elect is interested in “revisiting the [United States’] One-China policy right now.”