President Trump signed a bipartisan bill on Tuesday that will pay for repairs at national parks, permanently finance the Land and Water Conservation Fund (LWCF) and create thousands of jobs.

The investment under the Great American Outdoors Act, heralded as the most significant conservation bill in a generation, is the biggest for parks since President Theodore Roosevelt's administration in the early 1900s, he said.

"We are proving that we can protect [our] treasured environment without bludgeoning our workers and crushing our businesses," Trump said. "This is record-setting stuff."

WHAT IS THE GREAT AMERICAN OUTDOORS ACT?

The National Park Service accounts for 84 million acres of land at 400 different sites, but as of 2019, they were due for $11.9 billion in deferred maintenance and repairs. The bill will direct up to $6.65 billion to priority fixes and up to $3 billion for agencies such as the Fish and Wildlife Service.

In addition, the bill will allocate $900 million each year to the conservation fund. The program – which has existed for half a century – has been plagued by funding shortfalls.

Republican Sen. Cory Gardner of Colorado, the bill's sponsor, praised passage of the bill despite partisan acrimony that has grown more heated in a presidential election year.

The list included Ivanka Trump, the president's daughter and an adviser who advocated the bill's passage.

“The COVID-19 pandemic has made us value, now more than ever, the national treasure that is our parks and the respite they afford our families," she said in a statement.

The bill had 59 cosponsors in the Senate, 42 Democrats, 15 Republicans and two independents. The Senate passed the legislation 73-25 in June, and the House approved it 310-107.

The act is "a real game-changer" especially for neglected or deteriorating historic sites, she added. Argust and her team have been working on the issue for the past five years. 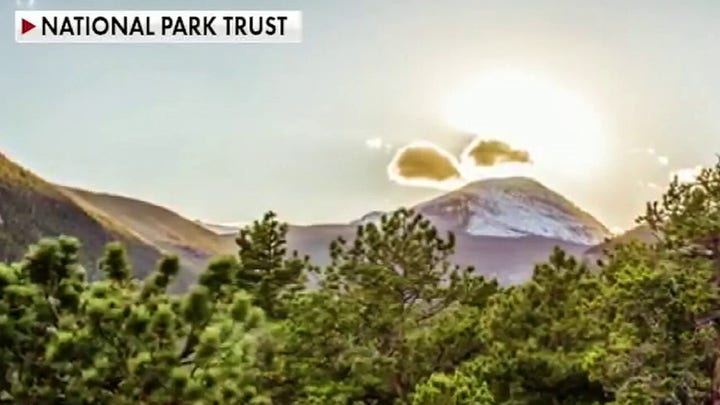 Some have criticized the bill's broad scope – including Sen. Mike Lee, R-Utah, who argued his state would be “disproportionately harmed” by it.

Argust, however, suggested Lee talk to "local officials in his state [who will] benefit from [the] jobs the bill creates."

The annual economic benefit of U.S. national parks totals over $41 billion, the Department of the Interior announced in June, and visitor spending increased by $800 million from 2018 to 2019.

Amid the coronavirus pandemic, however, visits to America's parks has fallen as much as 40% from April 2019, according to The Wall Street Journal. The administration says signing the Outdoors Act is a continuation of the president's efforts to preserve public lands.

In 2018, Trump signed an executive order on "Promoting Active Management of America’s Forests, Rangelands, and other Federal Lands to Improve Conditions and Reduce Wildfire Risk."

In March 2019, he also signed off on a sweeping lands package that reauthorized the conservation fund.

Despite such actions, critics have faulted the president for dismantling most of the major Obama-era environmental policies since taking office -- relaxing nationwide limits on air and water pollution and reversing course on U.S. climate policy.