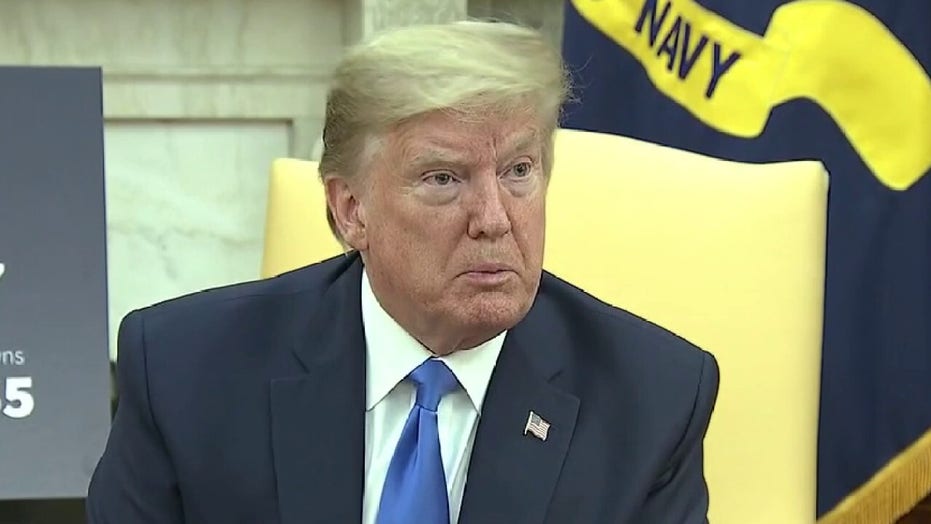 President Trump reverses course, says coronavirus task force will not be winding down

President Trump on Wednesday vetoed a war powers resolution, which would rein in his ability to take military action against Iran unless authorized by Congress, the seventh time he’s ever used the authority.

Here’s a look at all the times Trump has issued a veto in his presidency:

Resolution to end national emergency at the border

Trump did not wield his veto power until the third year of his presidency. The president issued a veto last March to reject a bipartisan resolution that sought to block his declaration of a national emergency at the border. Twelve Republicans had joined Democrats in voting for the measure, and it passed the Senate 59-41. The House fell short of the two-thirds majority needed to override the veto, voting 248-181.

The emergency declaration at the border allowed the president to shift budget funds towards the issue that was the hallmark of his 2016 presidential campaign and reallocate billions towards a border wall.

Trump vetoed a joint resolution for the U.S. to end military assistance to Saudi-led forces fighting in Yemen's ongoing civil war, calling it "an unnecessary, dangerous attempt to weaken my constitutional authorities, endangering the lives of American citizens and brave service members, both today and in the future."

Both houses of Congress had invoked the War Powers Resolution of 1973 in a bid to end American involvement in the conflict. The U.S. has provided billions of dollars of arms to the Saudi-led coalition fighting against Iran-backed rebels in Yemen. Members of Congress have expressed concern about the thousands of civilians killed in coalition airstrikes since the conflict began.

Congress lacked the votes to override the president’s veto.

Trump vetoed a trio of resolutions aimed at blocking his administration from bypassing Congress and selling billions of dollars in weapons and maintenance support to Saudi Arabia and the United Arab Emirates.

The White House had argued that stopping the sale would send a signal that the United States doesn't stand by its partners and allies, particularly at a time when threats against them are increasing. The arms package included thousands of precision-guided munitions, other bombs and ammunition and aircraft maintenance support.

Secretary of State Mike Pompeo said an $8.1 billion arms sale to allies Saudi Arabia and the UAE, who are enemies of Iran, was intended to counter threats to the U.S. from the country.

Trump said in a press release the resolutions would “likely prolong the conflict in Yemen and deepen the suffering it causes.”

“While I share concerns that certain Members of Congress have expressed about civilian casualties of this conflict, the United States has taken and will continue to take action to minimize such casualties, including training and advising the Saudi-led Coalition forces to improve their targeting processes.”

The House had passed the joint resolution 247-175 and the Senate 54-46. The Senate failed to override the veto.

Second resolution to end national emergency at the border

Trump again used his veto power to override legislation seeking to end the national emergency at the border.

“The southern border, however, continues to be a major entry point for criminals, gang members, and illicit narcotics to come into our country,” the president said in a release announcing his veto. “In addition, security challenges at the southern border exacerbate an ongoing humanitarian crisis that threatens the well-being of vulnerable populations, including women and children.”

The Senate failed to override the veto.

Trump called the resolution "insulting" and said it would have hampered a U.S. president's ability to protect America's allies. The resolution passed the Senate in February 55-45.