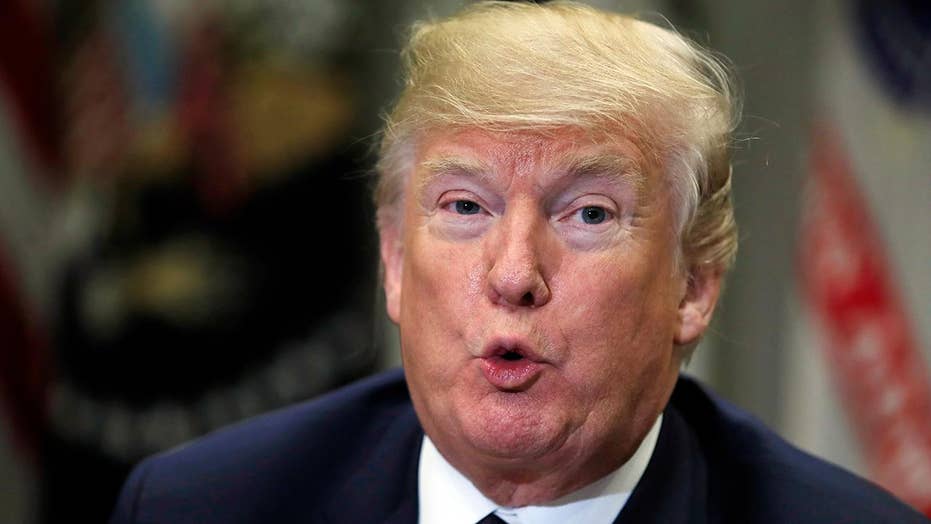 President Trump signed a memorandum leveling a new round of “protective” tariffs and “investment restrictions” against China on Thursday, pushing for a “reciprocal” trade relationship with the nation.

“I view them as a friend,” Trump said of China, noting he has “tremendous respect” for Chinese President Xi Jingping, but he also said the U.S. has the “largest deficit of any country in the history of our world.”

An administration official told Fox News the tariffs, which could amount to $30 billion or more, are not meant to “punish” China, but rather designed to “recover damages” from China’s unfair trade practices.

The investment restrictions, on the other hand, are meant to blunt China’s attempts to “capture the technology businesses of the future.” The official told Fox News that China’s practices of taking over international technology companies –including those in the U.S.—distorts markets and destroys the innovation cycle.

“It is out of control. We have a tremendous intellectual property theft going on,” Trump said, underscoring the “unfair trade practices” that currently exist with China. “I’ve spoken to the president, and I’ve spoken with representatives of China, and I’ve asked them to reduce the trade deficit immediately by $100 billion. We have to do that.”

“China is strongly disappointed and firmly opposes such an action,” the Chinese Embassy in the U.S. responded. “China is not afraid of and will not recoil from a trade war. China is confident and capable of facing any challenge. If a trade war were initiated by the U.S., China would fight to the end to defend its own legitimate interests with all necessary measures.”

Last August, the president instructed Lighthizer to consider an investigation of Chinese laws, policies and practices that may be harming American intellectual property rights, innovation, or technology development. Lighthizer determined that an investigation was warranted, and it began under Section 301 of the Trade Act of 1974.

On Thursday, upon the president’s announcement, Lighthizer said “technology is the backbone of the future of the American economy.”

The president said that he was hoping for a “reciprocal” relationship with China.

“The word that I want to use is reciprocal. When they charge 25 percent for a car to go in, and we charge 2 percent for their car to come into the U.S., that’s not good,” Trump said. “That’s how China rebuilt itself.”

Sen. Kennedy calls out China for cheating on trade

Republican senator from Louisiana on where he stands on the proposed tariffs on aluminum and steel. The lawmaker is also introducing a bill to restore some net neutrality rules.

The president referenced the steel and aluminum tariffs he leveled earlier this month, but said that “every single [country] wants to negotiate.

“Maybe in all cases, we’ll end up negotiating a deal. We’ll see where it takes us,” Trump said. “We’re in the midst of very major and very positive negotiations, positive for the United States and actually very positive for other countries also.”

Trump added that countries, “smilingly” will “agree with us.”

“A little smile on their face. And the smile is, ‘I can’t believe we’ve been able to take advantage of the United States for so long,’” Trump said. “But those days are over.”

A USTR official told Fox News that they had “given a great deal of thought” to how China may react to the tariffs, and what the potential reaction could mean for the U.S.

“It’s not as simple to say it’s a simple end game,” the official said.