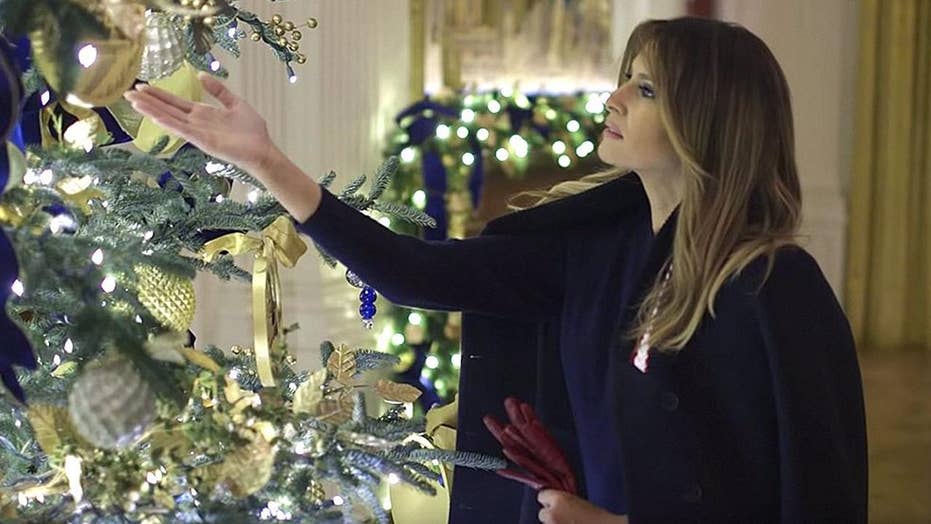 The first lady unveiled on Tuesday the photograph that was taken in the White House’s Cross Hall on Saturday during the Congressional Ball.

Melania Trump wore a white Celine gown while the president donned a suit and bowtie.

Karen Pence also tweeted out her official Christmas portrait with the vice president on Tuesday, which was taken on Dec. 8.

"We wish you a very Merry Christmas! The @VP and I took our official 2018 Christmas portrait on Saturday, December 8, at the Vice President's Residence at the Naval Observatory in Washington, D.C. (Official White House Photo by Myles Cullen)" Pence's tweet read.

The Christmas portrait of President Trump and first lady Melania Trump was noticeably not taken in the hallway featuring the now-infamous red Christmas trees that sparked social media backlash. The first lady’s office called the “forest” of red cone-shaped trees “a symbol of valor and bravery” — but many mocked the decorations.

"It’s the 21st century and everybody has different tastes, I think they look fantastic,” she said during her appearance at Liberty University last month.