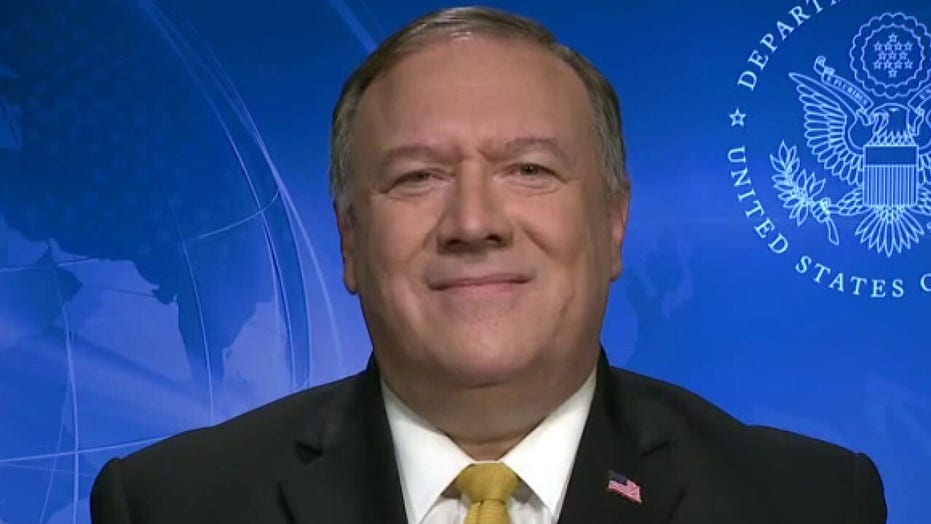 The United States will not hesitate to impose sanctions on any nation that opposes its effort to "snapback" United Nations sanctions on Iran, Secretary of State Mike Pompeo told "Special Report" Wednesday night.

"When we have seen any country violate our current sanctions, the current American sanctions, we have held every nation accountable for that," Pompeo told host Bret Baier. "We will do the same with respect to the broader U.N. Security Council sanctions as well."

TRUMP SAYS US INTENDS TO TRIGGER 'SNAPBACK' OF IRAN SANCTIONS

Moments earlier, President Trump announced that he had directed Pompeo to "notify the U.N. Security Council that the United States intends to restore virtually all the previously suspended United Nations sanctions on Iran" in accordance with the 2015 nuclear deal. Pompeo told Bret Baier he would travel to New York City Thursday to do just that.

"[The sanctions] have been temporarily paused because of the ridiculous nuclear deal. And the world will be a safer place," Pompeo said. "The Iranians won’t have the chance to have Russian air defenses, some Chinese tanks – all of the things that pose risks and instability in the Middle East. The Gulf states are all excited about it. Israel is excited about it. It will reduce their risk and it’ll make Americans safer too." 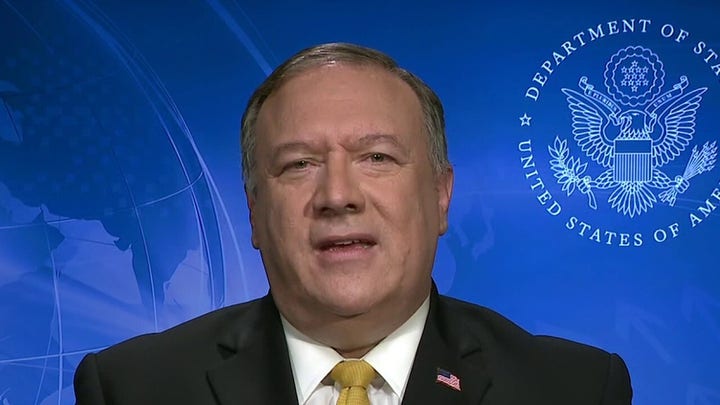 Last week, the Security Council rejected a U.S. resolution to extend a thirteen-year-old arms embargo on Iran that was due to expire in October as part of the nuclear deal. Russia and China voted against the resolution, while France, Germany and the United Kingdom abstained, a move Pompeo called "really unfortunate."

"It makes the European people less safe," he said. "Privately these countries all tell me they want this arms embargo extended. ...but they refuse to do the courageous thing -- the morally right thing -- and vote in support of extending it all for some holy grail of [the Iran deal]. The world needs to know. We'll do the right thing."

Pompeo then ripped former Secretary of State John Kerry, who claimed in remarks at the Democratic National Convention Tuesday night that the Iran deal had  "eliminated the threat of an Iran with a nuclear weapon."

"That's just false," remarked Pompeo, who added that Obama and Kerry "didn't lead by example, they led from behind. That was their motto."

"President Trump leads from the front. He's prepared to take the stand. They didn't stop Iran from having nuclear weapons. They provided billions of dollars so Iran can continue the nuclear enrichment program. They put themselves on the pathway to nuclear weapons. That's what the deal was."