U.S. Secretary of State Mike Pompeo on Sunday shrugged off North Korea’s accusation of the U.S. making “gangster-like” demands regarding denuclearization, saying he’d “go nuts” if he paid attention to everything the media reports.

In a trilateral news conference in Tokyo, accompanied by officials from Japan and South Korea, Pompeo reaffirmed the U.S. goal of complete and verifiable denuclearization of the Korean Peninsula, reiterating that his talks with North Korea last week were conducted in “good faith.”

“Look, people are going to make stray comments after meetings,” Pompeo said. “If I paid attention to what the press said, I’d go nuts, and I refuse to do that.”

“Look, people are going to make stray comments after meetings. If I paid attention to what the press said, I’d go nuts, and I refuse to do that.”

“And so if those requests were ‘gangster-like,’” Pompeo added, “then the world is a gangster because there was a unanimous decision at the U.N. Security Council about what needs to be achieved.”

Pompeo said sanctions would remain in place against North Korea, and be enforced “with great vigor,” adding that progress alone does not change the sanctions.

Pompeo then listed the three parts of the agreement that Trump and North Korean leader Kim Jong Un reached at their summit in Singapore on June 12. 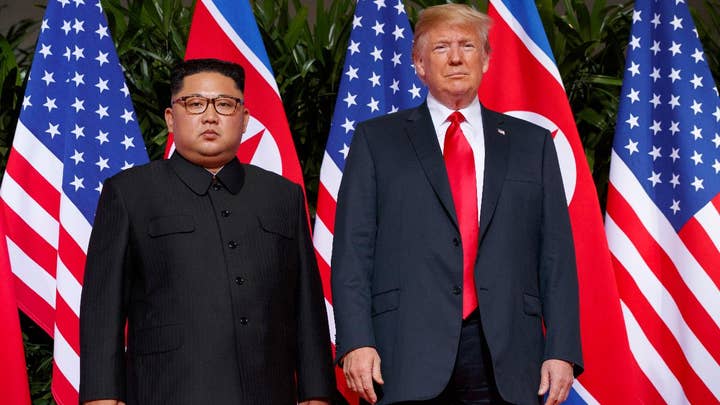 “The establishment of peaceful relations between the countries, increased security assurances to North Korea and its people, and finally, denuclearization,” Pompeo said. “Each of those needs to be conducted in parallel … and we need to work on those efforts simultaneously.”

He also acknowledged that the road ahead would be difficult, but said that North Korea did reaffirm its commitment to denuclearize.