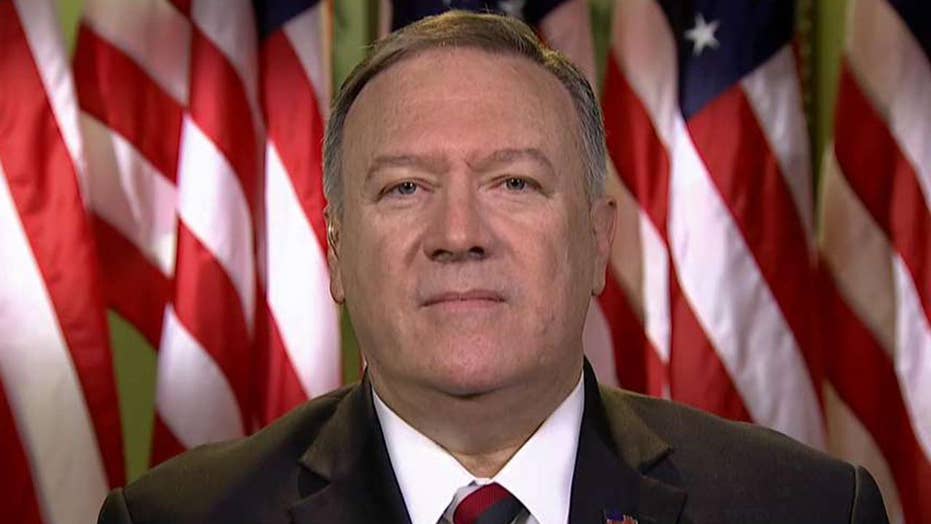 Secretary of State Mike Pompeo reacts on 'Fox &amp; Friends' to the White House saying they will not participate in the House Judiciary Committee's first public impeachment hearing amid the NATO summit in London.

Secretary of State Mike Pompeo said Monday on "Fox & Friends" that it’s "very unfortunate" that House Democrats are moving ahead with impeachment hearings this week at the same time President Trump will be holding key meetings at the NATO summit in London.

"There is a long tradition that we support presidents when they travel overseas to do their work. For them to hold hearings back here in Washington to distract America's president from his important mission overseas ... it's very unfortunate," said Pompeo, as the House Judiciary Committee gets ready to start its public hearings on Wednesday. 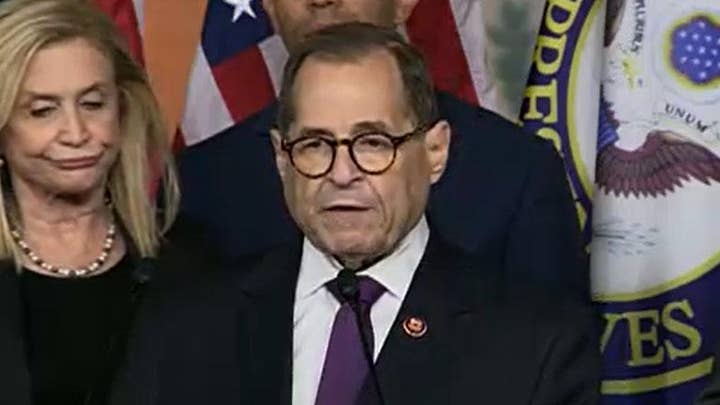 Trump is set to meet Tuesday and Wednesday in London with German Chancellor Angela Merkel and French President Emmanuel Macron, who recently claimed that the U.S. appears to be "turning its back" on NATO.

Meantime, three days before the House Judiciary Committee is set to call witnesses to testify at a hearing regarding the possible impeachment of President Trump, their identities are being kept hidden not just from the White House, but even members of the committee itself.

Committee Chairman Rep. Jerrold Nadler, D-N.Y., gave the White House until Sunday evening to decide if they would like to participate in Wednesday’s hearing, and gave Trump until Friday regarding a defense at future hearings. But Nadler's fellow New York Democrat and committee member Rep. Hakeem Jeffries admitted Sunday that even he still does not know who will be testifying,

All that is known so far is that there will be four witnesses, they will be constitutional law experts, and that three will be chosen by the Democratic majority and one by the Republican minority.

When asked why it could not have been two witnesses for each side, Jeffries stated, “Well that’s something to be discussed,” but then shifted to discussing the Trump appointees who previously testified before the House Intelligence Committee.