Asia analyst Gordon Chang on what to expect from the trip.

Secretary of State Mike Pompeo arrived Friday at an air base in Japan for a refueling stop en route to his first visit to North Korea since the historic June 12 nuclear summit in Singapore.

His visit to Pyongyang will be his third since April. His high-stakes objective, which analyst Harry Kazianis called his "Mission: Impossible," is to help convert the regime's promises of denuclearization into concrete action that would eliminate the threat posed by Kim Jong Un's nuclear arsenal.

The Trump administration has worked towards that goal with other meetings in the days since the summit. At a raucous rally in Montana Thursday night, President Trump touted his progress with North Korea, and mocked critics who said visiting with Kim was a misjudgment.

White House Press Secretary Sarah Sanders this week pointed to a meeting over the weekend between Sung Kim, the U.S. ambassador to the Philippines, and North Korean officials in the demilitarized zone.

"I think we understand each other. I really believe that he sees a different future for North Korea."

"Ambassador Kim had a meeting just yesterday with members of the North Korean delegation, and Secretary Pompeo will be headed to North Korea later this week," she said.

The U.S.' top diplomat has a range of options. He could insist on a definitive accounting by North Korea of its nuclear capabilities, down to the number of warheads it maintains and the location of its nuclear reactors. Or he simply could pursue more definitive commitments than what the administration has received so far.

Since the summit, doubts over the secretive regime's intentions have grown again, amid reports it was continuing to expand facilities related to its nuclear and missile programs and that U.S. intelligence was skeptical about its intentions to give up its weapons. 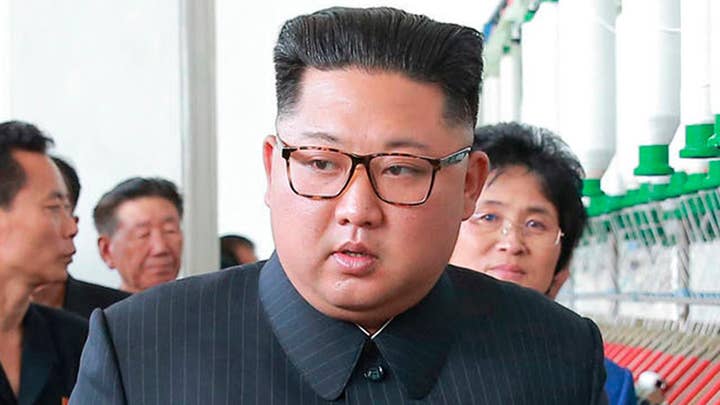 "Our leaders made commitments at the Singapore summit on the complete denuclearization of North Korea and outlined what a transformed US-DPRK relationship could look like," he said, according to comments relayed to reporters on his plane by spokeswoman Heather Nauert. DPRK is the abbreviation of the authoritarian nation's official name, the Democratic People's Republic of Korea.

"Since the summit the consultations have continued. On this trip I'm seeking to fill in some details on these commitments and continue the momentum towards implementation of what the two leaders promised each other and the world. I expect that the DPRK is ready to do the same," Pompeo said.

Speaking aboard Air Force One on his trip to the Montana rally, Trump said he believed he forged a personal connection with the young autocrat he once pilloried as "Little Rocket Man."

"I had a very good feeling about him. ... I shook his hand, I felt we got along very well," Trump told reporters. "I think we understand each other. I really believe that he sees a different future for North Korea." 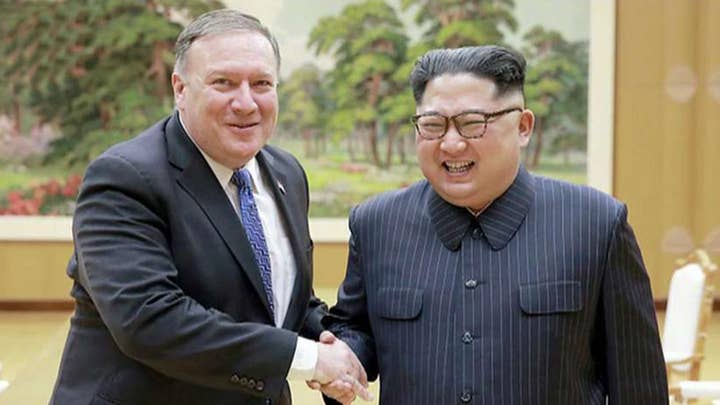 There's been mixed messaging from the administration before over what promises to be a tough negotiation to get Pyongyang to roll back its weapons capabilities.

National security adviser John Bolton, who has expressed hardline views on North Korea, said Sunday that Pompeo will present Pyongyang with a plan to complete the dismantling of the North's nuclear and missile programs in one year. On Tuesday, Nauert walked that back, declining to give a timeline.

Pyongyang is the first scheduled stop on Pompeo's first around-the-world trip as America's top diplomat. After North Korea, he's set to travel to Japan, Vietnam and the United Arab Emirates before heading to Belgium, where he will accompany Trump at the NATO summit in Brussels.