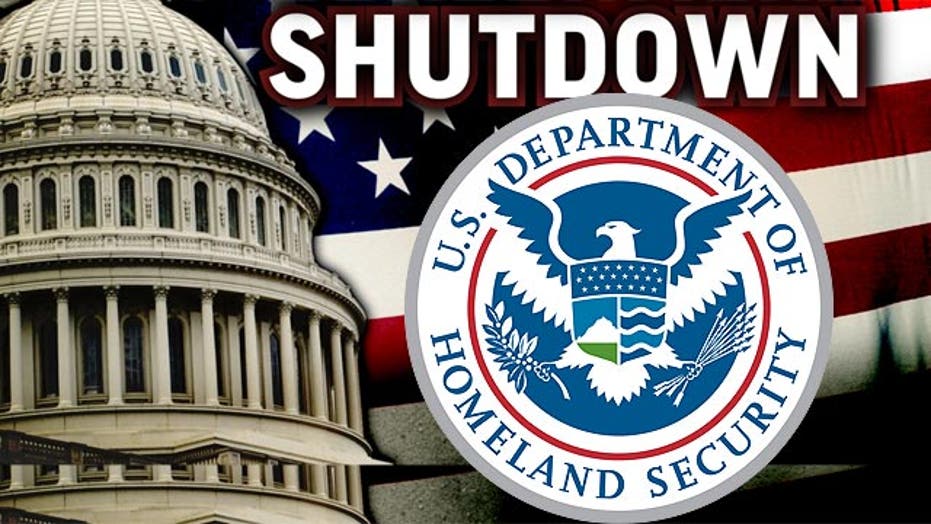 Funding is about to expire for a major government agency, and charges are flying from each party on Capitol Hill that the other is responsible for the looming “shutdown.”

With those charges come sky-is-falling predictions about the dire consequences of a funding lapse.

Sen. Barbara Mikulski, D-Md., in blaming Republicans for the predicament, warned there are “ghoulish, grim predators out there who would love to kill us or do us harm.” She said “we should not be dilly-dallying and playing parliamentary ping pong with national security.” Mikulski suggested a shutdown would “close down ports up and down the East Coast,” because funding for the Coast Guard would be frozen.

But the rhetoric doesn’t quite match the reality.

If the department loses funding at the end of the month because Congress fails to pass a budget bill, most DHS employees actually would continue to report to work, because they are considered “essential” employees.

That means Border Patrol agents stay one the job, airport security workers will still be at their posts, the Coast Guard stays on patrol -- and those East Coast ports remain open.

Still, 30,000 DHS employees are expected to be furloughed if funding lapses, and most who aren’t would not get paid until the budget stalemate ends.

Current funding expires Feb. 27. With lawmakers out this week for the holiday recess, they only have four more legislative days to strike a deal. And both sides are digging in their heels.

The House already passed a Republican-authored funding bill, but Democrats oppose what they describe as a poison-pill provision – a measure reversing President Obama’s controversial executive actions on immigration.

In the Senate, Democrats have blocked the funding bill over those objections. In turn, Republicans are blaming them for the impasse.

Most recently, Texas GOP Sen. Ted Cruz claimed it is Democrats holding the agency “hostage,” to “force the president’s executive amnesty program onto the American people.” He, too, said the obstruction was “jeopardizing national security.”

His comments come in the wake of a decision from a federal judge in Texas, who ruled earlier this week that Obama’s executive actions, aimed at protecting more than 4 million illegal immigrants from deportation, should not move forward until a lawsuit filed by 26 states challenging them is decided.

While that ruling has fueled Republicans’ argument, the DHS funding bill remains stuck in the Senate. Senate Democrats blocking the bill want Congress to pass a “clean” funding bill with no immigration provisions attached.

House Speaker John Boehner is refusing to budge on his end, saying Democrats need to “get off their ass,” and pass the legislation.

Even if DHS goes into a partial shutdown, it’s unclear who would be on the receiving end of the political fallout.

According to polling, it was Republicans who took it on the chin when the entire government endured a partial shutdown for 16 days in October 2013. But it was also Republicans who picked up seats in the House and regained the majority in the Senate in the 2014 midterm elections.

This time, the nature of the backlash could depend on how much the American public is willing to take, and how long they are willing to take it. The impact of a partial DHS shutdown would not be as severe as what happened in October 2013 – in effect, putting less pressure on lawmakers to work out a deal.

If the debate carries over for months, House GOP aides say the DHS funding issue could all be folded into a larger clash over the debt ceiling.

That battle is expected to heat up in the spring.