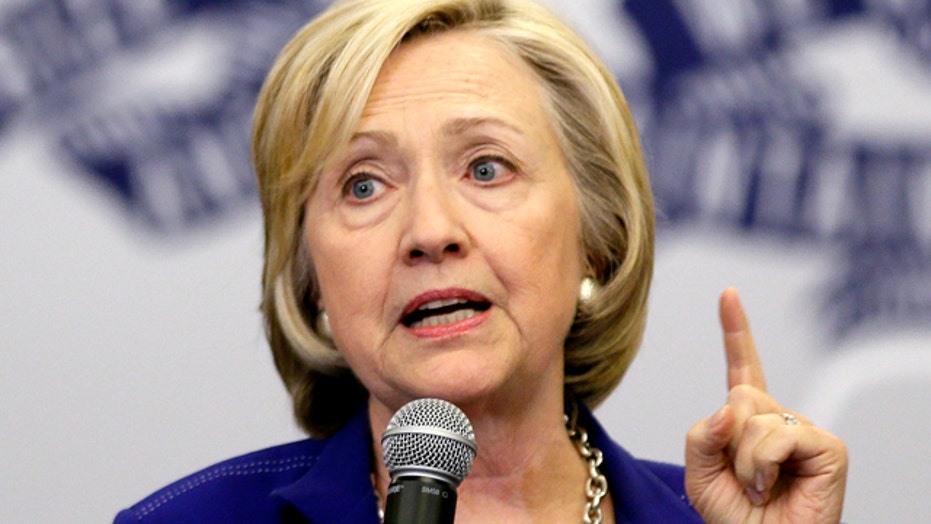 In every hypothetical contest, the former secretary of state was either clearly trailing or, as Quinnipiac phrased it, "on the wrong side of a too-close-to-call" race. A majority of voters in all three states also said they found Clinton not honest and trustworthy.

The survey raises troubling questions for the campaign, which has struggled to shed the image of a candidate who is closed off to the media and the public, despite her decisive lead over the Democratic field. The latest results reflect a drop from a similar poll in April.

"She has lost ground in the horserace," Peter A. Brown, assistant director of the Quinnipiac University Poll, said in a statement.

In another troubling sign for the Democratic candidate, voters gave her poor marks on being trustworthy. In Colorado, for instance, voters said 62-34 percent she is not honest and trustworthy.

Clinton wasn't the only one taking a hit in the latest poll. Though Donald Trump has narrowly led the GOP presidential field in some recent polls, the Quinnipiac survey showed voters, by roughly 2-1, had a negative view of the billionaire real estate magnate. Brown said that means his "growth potential" is lower than that of his GOP rivals.