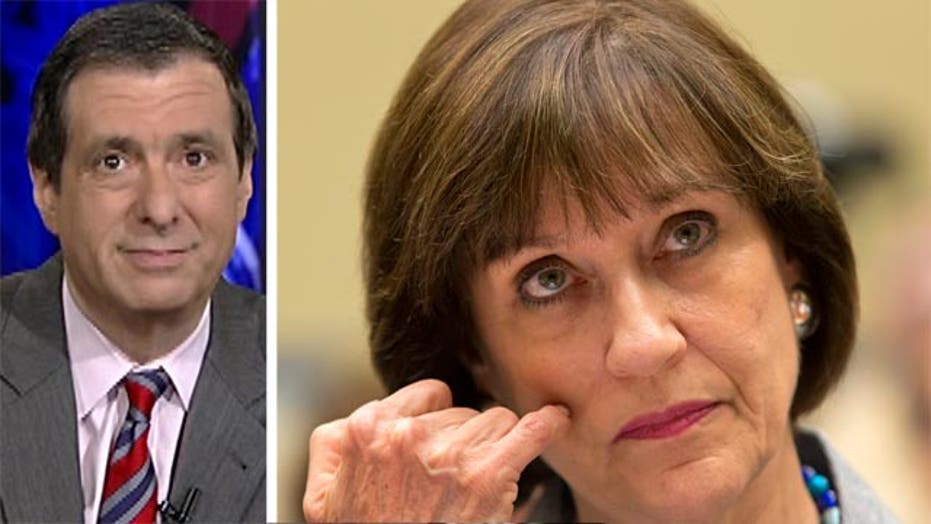 Lois Lerner, it turns out, has a lot to say—except on the subject everyone wants to hear about.

Politico gave her a platform yesterday, and we learned plenty about her good deeds and her vilification and her fervent belief in her own innocence. But the former IRS official—on the advice of lawyers, of course—wouldn’t answer questions about the substance of the scandal.

So a former Obama administration official who has pleaded the Fifth gets to plead her case in one of the top online political sites.

I’m not knocking Politico. I can’t think of a news organization that would have turned down an interview with Lerner. The website did a credible job within the parameters it faced. But the result was, well, highly frustrating.

The story strikes a sympathetic tone from the start:

“Employers won’t hire her. She’s been berated with epithets like ‘dirty Jew.’ Federal agents have guarded her house because of death threats.”

Lerner gets to make this flat declaration: “I didn’t do anything wrong. I’m proud of my career and the job I did for this country.”

But what about her role in targeting mostly conservative groups for scrutiny of their tax-exempt status? Who did she talk to in the White House? What about damaging emails that she sent? Uh uh. Off limits.

No wonder Lerner was willing to sit for a two-hour interview with Politico.

About the only substantive comment that reporter Rachael Bade was able to coax out of Lerner was her denial of any involvement in the two years of missing emails, which still hasn’t been adequately explained. “How would I know two years ahead of time that it would be important for me to destroy emails, and if I did know that, why wouldn’t I have destroyed the other ones they keep releasing?”

It’s a journalistic challenge when you get a chance to talk to someone at the heart of a huge controversy who has maintained a public silence—but who won’t discuss the very thing that made her infamous. After all, if Lerner is so confident that she’s done nothing wrong, why won’t she answer questions from Congress?

Lerner’s goal is to create some sympathy for her plight, and to some extent she succeeds. She and her husband have spent hundreds of thousands of dollars on legal fees. She is putting her babysitter’s son through college. She went to New Orleans after Katrina to help rescue pets. She’s described as having a “chatty personality” and making “smart jokes.”

Lerner says she’s “not a political person,” even though she’s a registered Democrat and she and her husband (who joined in the interview) once had an e-mail exchange about the “crazies” and “a—holes” on conservative talk radio (which she says was taken out of context).

The piece isn’t just puffy. It says such things as “her former co-workers and some friends say she could be a stern boss, short-tempered and prone to brash comments.”

But on the question of selective scrutiny for conservative groups,  Bade portrays Lerner as lax rather than politically motivated: “Lerner knew about the tea party groups being flagged in 2010 and put a stop to the inappropriate ‘be on the lookout’ criteria right when she learned about it in summer 2011. But she didn’t follow up to ensure agents stopped using politically charged words. They actually went right back to the practice…

“None of her former IRS colleagues thought Lerner was working for the White House or biased. Rather, in general, they say she lost control of her division — and that the GOP is taking advantage of it.”

That’s probably the tack her lawyers will take if Lerner ever faces criminal charges. But it sure would have been nice if Politico could have tested that thesis by asking Lerner about her role at the tax agency. That, however, wasn’t part of the deal.

Lerner’s most passionate statement is to defiantly declare that she’s “not going to let them ruin my life.”

But if she’s in this terrible limbo after resigning, that’s because Lerner is hiding behind the Fifth Amendment. She has every legal right to do that, but it undercuts her claim that “they” are responsible for her ordeal.