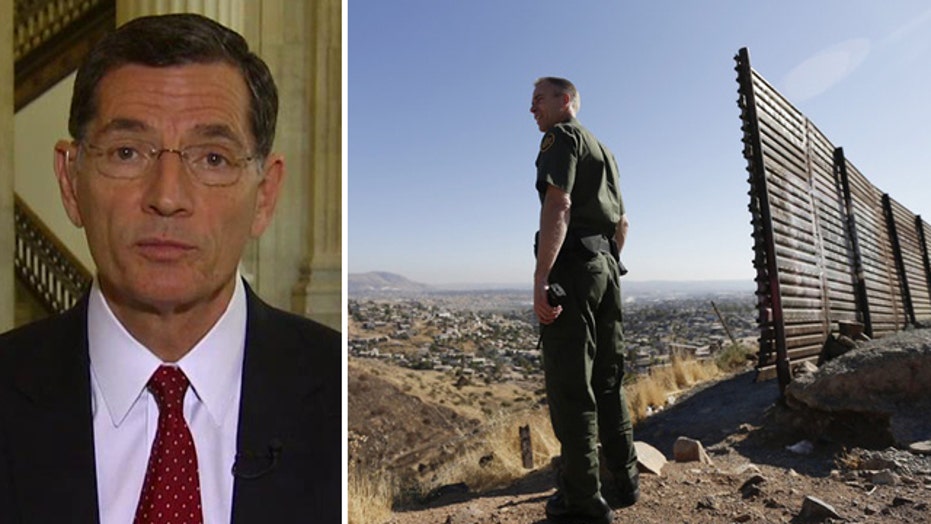 Staggering statistics that show nearly a half-million people were caught trying to enter the U.S. illegally -- and more than half were not Mexican, a number far higher than in 2013 -- reportedly were posted on a U.S. government website for just a few hours last month before being taken down.

According to the Center for Investigative Reporting, the numbers were posted on the U.S. Customs and Border Protection website on Oct. 10 for roughly five hours. The dramatic numbers raised questions over whether they were yanked to protect the administration before key midterm elections.

Rep. Jason Chaffetz, R-Utah, told the Center he's worried "they may have been taken down for purely political reasons."

"If the information is ready it should be made available. The idea that it was and then yanked down for political reasons is outrageous," he said.

The numbers could have become a political football less than a month before the elections. They emphasize the challenge still facing U.S. border agents -- the reported number of apprehensions is larger than the population of major U.S. cities including Atlanta, Miami and New Orleans. The number has dropped from even higher levels a decade ago, but the flow is staying strong, even as a virtual army of border agents numbering close to 20,000 remains posted, to catch them.

The stats also point to a startling shift, with more and more border crossers coming from other countries. It is already well-known that illegal immigrant children from Central America have been crossing the U.S.-Mexico border, but some lawmakers also have suggested the border could be a crossing for Middle East extremists.

CBP Commissioner R. Gil Kerlikowske said in a statement on Thursday that the stats were only taken down because the information was incomplete.

He noted that the agency posts border statistics every year from multiple databases.

"This year, some of CBP's data was posted on the website prematurely and removed later that day," he said. "One of the statistics released was the number of Southwest border apprehensions by the Border Patrol, which was 479,371."

Kerlikowske said Homeland Security Secretary Jeh Johnson already announced a similar estimate a day earlier, but said the "incomplete statistics were taken off the website because it is important that the numbers released to the American people be presented in context and reflect the full range of CBP's border operations."

He said the agency will publish the full report "as soon as possible."

According to the Center for Investigative Reporting, the stats showed about 53 percent of the migrants, or 253,000, caught at the U.S.-Mexico border this year were not Mexican -- a number far higher than in 2013. A decade ago, fewer than 10 percent were from countries other than Mexico.

One factor in the spike is the surge of children from Central America, which prompted a crisis-level response from the Obama administration earlier this year and a round of recriminations from congressional lawmakers.

Indeed, past statistics have shown border-crosses from non-Mexican countries largely are from Central and South America -- and Cuba.

But lawmakers and others lately have warned that Islamic State fighters and sympathizers could try to cross the border -- one lawmaker claimed last month "at least 10" had been caught trying to enter Texas.

The Department of Homeland Security flatly denied that charge.

Johnson, in a recent interview with Fox News, did acknowledge reports that four men with suspected terror ties had been apprehended at the southern border in Texas and questioned.

But Johnson said they were "scrutinized very, very carefully" and officials found "no evidence that these individuals were tied to terrorism."

The four men that Johnson referred to were Kurds, Fox News was told.