WASHINGTON (AP) — It took barely a year in Congress for Democrat Gloria Negrete McLeod to decide that she could do more for her California constituents by serving in county government.

She's one of 38 House members, including six from California, not to seek re-election in November, and during her single term, she grew frustrated quickly with the gridlock on Capitol Hill.

Negrete McLeod has decided to run for a seat on the board of supervisors in sprawling San Bernardino County, which includes distant suburbs of Los Angeles as well as the Mojave Desert. Before winning election to Congress, she had served in the California Legislature.

If you compare this Congress to any other Congress in history, it's the worst in terms of getting things done. The people who came here with the expectation that this would be a vibrant legislative process have pretty good reason to be disappointed.

— Rep. George Miller, D-Calif., who was first elected to the House in 1975 and is retiring this year

"I've been kind of agonizing over it for the last few months," she said in an interview outside the House chambers.

In the end, she asked herself whether she could make a bigger difference for her constituents working locally rather than in Washington. "I believe the answer is yes," she concluded.

Is her decision yet another sign that Congress is broken, or is it simply the difficulty of being a freshman in the minority party?

Rep. George Miller, D-Calif., who was first elected to the House in 1975 and also is retiring this year, said it's the former.

"I think it's a reflection that Congress is unfortunately bogged down," Miller said. "If you compare this Congress to any other Congress in history, it's the worst in terms of getting things done. The people who came here with the expectation that this would be a vibrant legislative process have pretty good reason to be disappointed. It's not a mystery that states and municipalities are moving much faster on many of these issues than the Congress is."

Whatever Negrete McLeod's motivation, Rep. Duncan Hunter Jr., R-Calif., said he believes serving in Congress "is a lot harder" than being a county supervisor.

San Bernardino County has more than 2 million people, exceeding the population of about a dozen states. For their work, the five county supervisors make $151,971 annually. For Negrete McLeod, that would be a pay cut of about $22,000 from her congressional salary. She'd also get a car or car allowance of $14,600 a year.

Of course, she wouldn't have to deal with the grind of flying back and forth to Washington most weeks.

Negrete McLeod said she was shocked by the experience of moving from the majority in the California Legislature to the minority in the U.S. House.

"Except for some case work, it's really hard to see what you've accomplished at the end of the day if you're a member of the minority party in the House. You make some speeches, you complain about procedure, but you really haven't had much impact on public policy," said Jack Pitney, a political science professor at Claremont McKenna College in California.

Supervisors can have more of an immediate impact. They get streets widened, flood control projects approved, public libraries and affordable housing built, among other things.

"It is by no means a demotion," Pitney said. "She certainly can get more done as a supervisor than as a junior member in the minority party in the House."

Negrete McLeod, 72, is no stranger to politics. She served six years in the California Assembly and six more in the state Senate before defeating incumbent Democratic Rep. Joe Baca in 2012 in the congressional race. She serves on the Agriculture and Veterans Affairs committees in the House.

In announcing last month that she wouldn't seek re-election, Negrete McLeod wasn't nearly as blunt as Rep. John Dingell, a Michigan Democrat who is retiring after the longest congressional career in history. He described the job of serving now in Congress as "obnoxious."

The public seems to share Dingell's assessment. In the latest Associated Press-GfK poll in January, 14 percent of Americans approved of the way Congress was handling its job, 84 percent disapproved. Approval hasn't topped 25 percent in the poll for nearly three years.

The public seems to be fonder of their local government. An AP-NORC Center for Public Affairs Research poll in December found that only 27 percent of Americans expressed at least moderate confidence that the federal government would be able to make progress on important problems and issues facing the country this year. By contrast, 54 percent had that much confidence in their local government to make progress on important local issues.

Negrete McLeod said she came to the House well aware of how the politics works.

"The party in charge gets to set the agenda, and of course, I have very little seniority. That's OK," she said. "I can get along. I go to all my committee hearings, and so I'm a good member. I like to participate. That's my thing."

And on her decision to leave: "I just felt I could better serve my constituents," she said. "That's it." 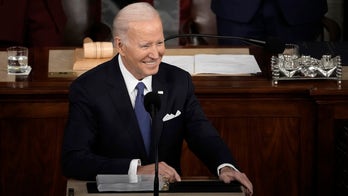 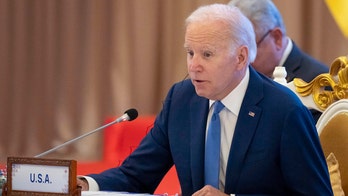