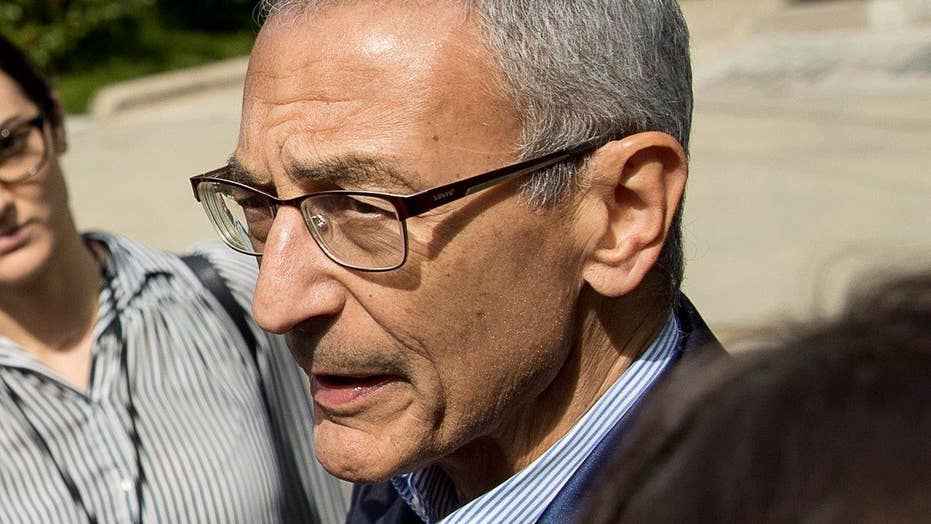 A fair and balanced debate on the WikiLeaks dump

EXCLUSIVE: Amid the tumult of the 2016 presidential campaign, John Podesta is best known as Hillary Clinton’s campaign chairman and the individual from whose private account WikiLeaks is presently publishing some 50,000 hacked emails.

Released in daily batches, these documents have laid bare the inner workings and tensions of the Clinton campaign in an unprecedented way, while also offering insights into the operations of the Clinton Foundation and the State Department in the years when Clinton, now the Democratic presidential nominee, served as secretary of state.

At that time, when Clinton was traveling to a record number of foreign countries, Podesta, a former White House chief of staff under President Clinton, held dual titles at the State Department: as a senior advisor – entitled to an annual salary of $130,000 never paid him, the department maintains – and as a member of a prestigious foreign policy advisory board Secretary Clinton created. Records obtained from the U.S. Office of Personnel Management show Podesta’s tenure at State extended from Sept. 25, 2011 to Jan. 4, 2014.

Raytheon was looking to enlarge its share of foreign military sales – transfers of advanced weapons systems to other countries that are reviewed and approved by the Department of State, then implemented by the Department of Defense – and was beefing up its lobbying operation to accomplish that goal before Secretary Clinton left office.

On the LD-2 lobbying disclosure form completed by her company, Heather Podesta + Partners, LLC, in July 2012, the veteran lawyer and Democratic fundraiser listed in the space provided for a description of her lobbying activities, “Engaged the Executive Branch on the economic benefits of foreign military sales.” In the space requesting the specific locales of her lobbying, Ms. Podesta listed the White House and the State Department.

At the same time, Raytheon retained two other lobbyists, John Merrigan and Matt Bernstein, both associated with the powerhouse D.C. law firm DLA Piper. All three of these lobbyists, including Ms. Podesta, were major donors or bundlers to Hillary Clinton’s 2008 and 2016 campaigns. Federal records show they have raised hundreds of thousands of dollars for Clinton’s campaigns and earned hundreds of thousands of dollars lobbying her State Department.

In the final three quarters of 2012, DLA Piper earned some $360,000 in lobbying fees from Raytheon, courting the State Department and other agencies, while Ms. Podesta, within that same time frame, received $100,000 from Raytheon for the same purpose.

The gambit appears to have worked: Records maintained by the Defense Security Cooperation Agency, the arm of the Defense Department that coordinates the transfers of weapons systems once they have received State’s approval, show Raytheon as a prime contractor in at least seventeen foreign military sales in 2012, worth an estimated total of $26 billion. Of those contracts, three with the Gulf nation of Qatar – for missile defense, Apache attack helicopters and other materiel – accounted for $19 billion.

An email from a Clinton Foundation official released earlier this month, in the sixth of Wikileaks’ postings of John Podesta’s emails, revealed that in 2011, the Qatari government had pledged $1 million to the foundation to help former President Clinton celebrate his birthday. In return, the email said, the Qataris sought a “five-minute” audience with Mr. Clinton.

The individual at the State Department who was statutorily entrusted to approve foreign military sales was Andrew Shapiro, the assistant secretary of state for political and military affairs. Prior to his nomination to that job, Shapiro had served as Clinton’s national security adviser in her Senate office. Today, Shapiro is a partner in a Washington consulting firm whose other co-founders include Philippe Reines, Clinton’s longtime press aide.

After Clinton stepped down as secretary of state in February 2013, Raytheon discontinued the services of Heather Podesta + Partners, and ceased its use of DLA Piper at State.

While experts do not believe any laws were broken, the affair illustrates how Washington worked in the first Obama term, and particularly at the Clinton State Department. The Raytheon operation bears some similarity to a pop-up store that materializes to serve a seasonal need, such as Halloween candy or July Fourth fireworks, then vanishes once that need has been met.

“I think this is as close an example of pay-to-play as we’ve seen,” said Raj Shah, deputy communications director at the Republican National Committee. “And that's why [Raytheon] made these hires [of Heather Podesta, Merrigan and Bernstein]. … Their experience was getting access to Hillary Clinton and raising money for her.”

“The ultimate responsibility, of course, rests on the Cabinet official. In this case, it'd be the secretary of state,” said State Department spokesman John Kirby at a briefing with reporters Wednesday. “But we do it in close coordination with DOD. … The only considerations that are factored into the foreign military sales program is the furtherance of foreign policy objectives of the United States of America and not the efforts by external groups to lobby, as you say, or to influence that decision.”

Josh Schwerin, a spokesman for the Clinton campaign, told Fox News that the nominee “never took action as secretary of state because of any donations and any suggestion to the contrary is false.”

In a statement, Raytheon said its lobbying practices and policies are fully disclosed and comply with all federal, state and local laws. DLA Piper did not respond to a request for comment. And Heather Podesta sent Fox News a one-sentence email saying: “I never lobbied the Secretary or John Podesta on this matter.”