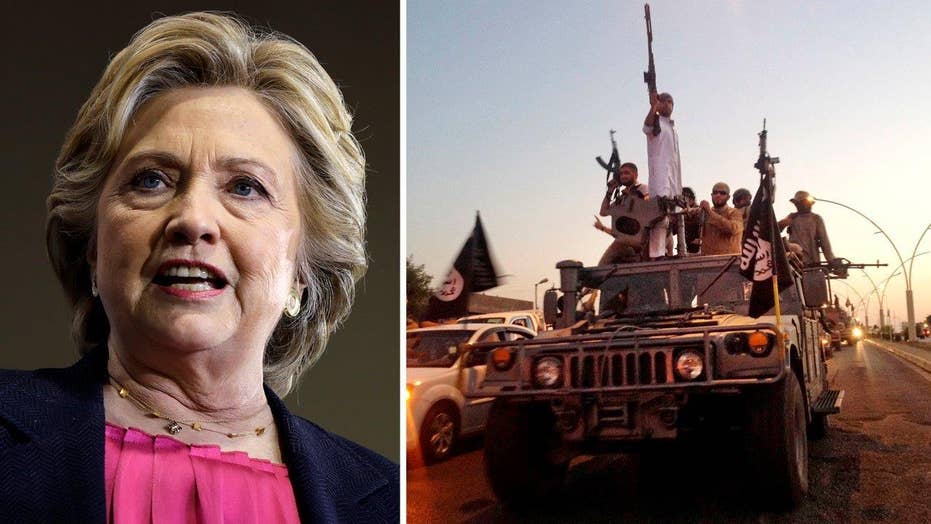 Leaked emails purportedly from Clinton campaign chairman John Podesta include a message from Hillary Clinton’s account claiming the governments of Saudi Arabia and Qatar are “providing clandestine financial and logistic support to ISIL.”

The email to Podesta – then counselor to President Obama -- argued that the U.S. needs to put pressure on the U.S. allies, accusing them of backing the Islamic State and other radical jihadist groups in the Middle East.

“…[W]e need to use our diplomatic and more traditional intelligence assets to bring pressure on the governments of Qatar and Saudi Arabia, which are providing clandestine financial and logistic support to ISIL and other radical Sunni groups in the region,” the email, part of a trove of documents posted by WikiLeaks, said.

First reported by The Daily Caller, the claim is part of a lengthy nine-point plan to defeat the terror group in Iraq and Syria. The plan argues that the U.S. should back Kurdish forces on the ground, with U.S. military advisers, while avoiding the use of ground troops.

“The Qataris and Saudis will be put in a position of balancing policy between their ongoing competition to dominate the Sunni world and the consequences of serious U.S. pressure,” the email said.

It is unclear whether Clinton personally authored the memo.

The message is unlike typical emails written by Clinton, which are normally in a more casual style and often very brief.

As the Caller notes, the style is similar to that of memos Clinton received from longtime adviser Sidney Blumenthal -- who would frequently email lengthy policy memos to the former secretary of state.