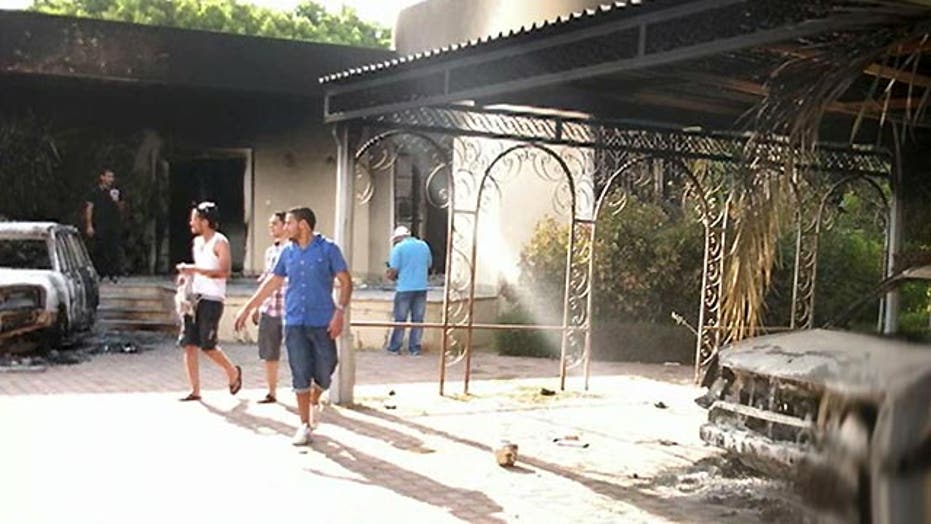 Latest information on cries for help from U.S. consulate

State Department employees at the Benghazi compound knew they were in a death trap and made a series of radio distress calls to the CIA annex during the terror assault last year, according to congressional sources familiar with recent testimony on the attack from five CIA personnel.

Sources told Fox News that the radio calls, which were described in closed testimony before the House Intelligence Committee, were characterized as almost frantic, with State Department employees who knew they could not defend themselves "pleading" for their lives.

When the CIA team arrived from the annex about a mile away, they found the State Department employees without guns that could adequately protect them; one of the agents was found hiding in the consulate, apparently in a closet. The testimony lends more weight to repeated claims, in the wake of the attack, that the consulate was not adequately protected despite being located in a volatile and violent area prone to attack.

When the CIA personnel were asked for their reaction to the administration's initial explanation that an anti-Islam video and a demonstration gone awry were to blame for the attack, Fox News is told they were seething with anger because everything on the ground -- from their perspective -- showed it was a premeditated attack.

At least three of the five -- who were all in Benghazi -- responded to the scene that night. The witnesses testified that five mortars rained down on the annex in less than a minute. They pointed to those details as more evidence of a professionally trained team, describing the attack on the annex as akin to a professional hit on the operation in order to drive it out of Benghazi.

Congressional sources say the testimony seems to further conflict with and undercut the briefing three days after the attack by then-CIA Director David Petraeus, who likened the attack to a flash mob. When pressed on the number and precision of the mortars, Petraeus offered that Benghazi was flooded with mortars, and played down their accuracy by suggesting they could have been fired from the back of a pick-up truck.

When Petraeus appeared on the Hill in November, following his resignation from the CIA over his admitted affair, he tried to claim that he knew it was a terrorist attack all along and insisted that he did not put the emphasis on the anti-Islam film.