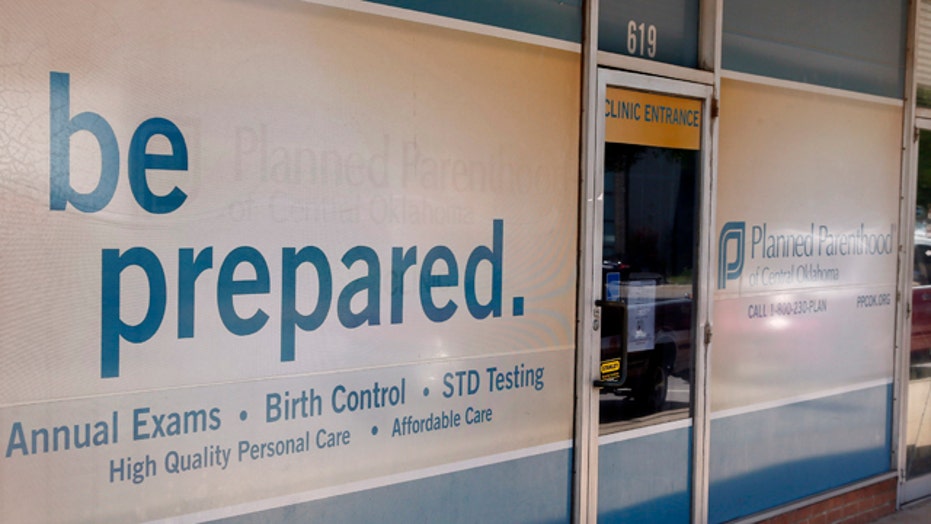 Planned Parenthood under pressure for alleged sale of fetal tissue

Political backlash over graphic Planned Parenthood videos is likely to keep building over the August congressional recess -- and could even lead to a new government shutdown stand-off later this year, as conservatives threaten to oppose any budget bill that funds the abortion provider.

In the Senate, GOP leaders are devoting their final legislative week ahead of the break to a bill that would eliminate taxpayer funding of the controversial women's health provider, which offers abortion and other services.

Activists hope the undercover videos -- in which Planned Parenthood employees appear to casually discuss harvesting organs from aborted fetuses -- will embolden Republicans even as some in the party have sought to turn down the dial on social issues ahead of next year's elections.

"The ease with which they talk about the unborn child being used for their own gains is disturbing, and should cause even the most hardened abortion activist to face the grisly reality of abortion," said Carol Tobias, National Right to Life president. "It's time to put a stop to this brutality and enact laws that will protect unborn children."

With 54 members in their caucus, Senate Republican leaders will have a tough, if not impossible, time garnering the necessary 60 votes to advance the Planned Parenthood bill. Freshman Sen. Joni Ernst, who led a caucus working group on the issue, pitched their proposal as a nonpartisan measure that strips a political lobby of taxpayer funds while preserving support for community health centers that don't offer abortion services.

"What we are talking about is human life," the Iowa Republican told reporters at a press conference.

But even if next week's Senate gambit is unsuccessful, a new effort by Tea Party-backed House members suggests the Planned Parenthood controversy isn't going anywhere and could lead to a budget showdown in the fall.

While the House didn't act before skipping town for the recess, a group of 18 conservatives already has threatened to block any spending bill that includes cash for the group.

"Please know that we cannot and will not support any funding resolution -- an appropriations bill, an omnibus package, a continuing resolution, or otherwise -- that contains any funding for Planned Parenthood, including mandatory funding streams," Rep. Mick Mulvaney, a South Carolina Republican, and 17 other members wrote in a letter to House Republican leaders this week.

To avert a partial government shutdown, the Republican-led Congress must approve a new government funding bill by Oct. 1. The last time Congress failed to do so was 2013.

But as the GOP seeks to turn up the heat on Planned Parenthood's allies in Congress, Democratic leaders seem to have a message for them: Bring it on.

The Nevada Democrat told reporters he didn't believe Planned Parenthood -- which receives more than $500 million from federal and state budgets each year -- had broken any laws. Beyond that, attacks on the abortion provider fit nicely into the "war on women" narrative pushed by many Hill Democrats, who dismissed the videos as heavily edited products of a partisan organization. (They were released by a group known as the Center for Medical Progress.)

Yet the graphic conversations on tape are becoming hard for the party to ignore. Former Secretary of State Hillary Clinton, the Democratic presidential frontrunner, this week admitted she found the latest video "disturbing," though she praised Planned Parenthood's broader work.

Clinton's comments, made to the New Hampshire Union Leader, came days after just about every Republican White House hopeful weighed in on the controversy, with Sen. Rand Paul going so far as to call on the former New York senator to return donations she received from the traditional Democratic ally.

"Hillary Clinton's hands are stained by accepting this money, and she needs to immediately return every red cent she has received from Planned Parenthood employees," the Kentucky Republican said in a statement.

While the GOP's hard line on Planned Parenthood is hardly surprising, it comes as some party strategists have advised members to tread lightly on social issues so as to not turn off young and female voters, especially in purple and blue states.

One Republican apparently taking that advice to heart is Sen. Mark Kirk of Illinois, who told The Hill this week he doesn't plan to "cut access to basic health care and contraception for women, the majority of whom have no other resources."

For their part, Planned Parenthood officials are pushing back vigorously against what they've characterized as a right-wing smear campaign.

"These extremists created a fake business, made apparently misleading corporate filings and then used false government identifications to gain access to Planned Parenthood's medical and research staff with the agenda of secretly filming without consent -- then heavily edited the footage to make false and absurd assertions about our standards and services," Cecile Richards, president of the Planned Parenthood Federation of America, wrote in a Washington Post op-ed.