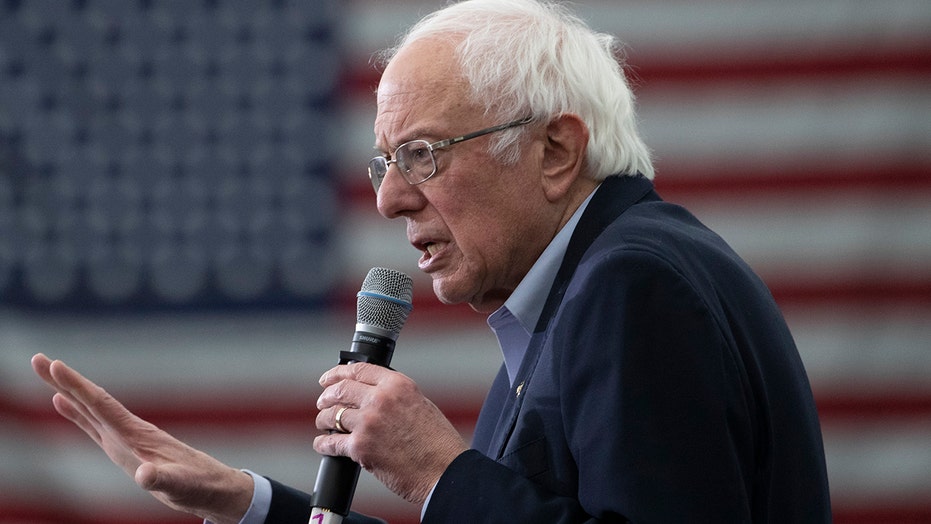 2020 hopeful Sen. Bernie Sanders gives his own rebuttal to President Trump's State of the Union; Todd Piro reports from Manchester.

MANCHESTER, N.H. – Two of the latest polls in New Hampshire tell two very different stories about the Democratic nomination race in the state that holds the first primary in the race for the White House.

A Suffolk University survey for the Boston Globe and WBZ released Tuesday night points to a 9-point lead for Sen. Bernie Sanders over his closest 2020 rivals, while a Saint Anselm College Survey Center poll suggests that the populist senator from neighboring Vermont is deadlocked with former Vice President Joe Biden.

A sign next to the Statehouse in Concord, NH highlights that New Hampshire's held the first-in-the-nation presidential primary for 100 years

The poll was conducted both before and after the delayed partial results from Iowa’s caucuses were released. Those numbers indicated Buttigieg with a slight edge over Sanders in the caucuses, which kick off the presidential nominating calendar, with Warren at 18 percent, Biden at 15 percent and Klobuchar at 13 percent.

Buttigieg jumped 4 percentage points from the Suffolk University tracking poll from the previous night – which was entirely conducted before the results in Iowa started dribbling out. Biden and Warren both edged down 3 points from Monday night to Tuesday night, with Sanders virtually unchanged.

“Buttigieg appears to be growing at the expense of both Biden and Warren,” highlighted pollster David Paleologos, who’s director of the Suffolk University Polling Research Center. “But this is a one night trend, we’ll see if this trend continues.”

He pointed out that “when you’re the aggregate front runner in the state – like Sanders was in public opinion polls ahead of Monday night’ Iowa caucuses - it’s difficult to exceed expectations even when you win – which is why as of now we don’t see Sanders edging up.”

Sanders and Biden are tied at 19 percent each in the Saint Anselm College survey, with Buttigieg at 14 percent and Warren and Klobuchar each at 11 percent. Steyer stands at 5 percent, with Yang at 4 percent and Gabbard at 3 percent. No one else tested topped 2 percent.

The survey was conducted Jan. 29 through Feb. 2, ahead of the Iowa caucuses.

Four hundred and ninety-one likely Democratic presidential primary voters in New Hampshire were questioned by live telephone operators for the Saint Anselm College poll. The survey’s sampling error is plus or minus 4.4 percentage points.

The Suffolk University poll interviewed 500 likely Democratic presidential primary voters in the Granite State. The sampling error is plus or minus 4.4 percentage points.