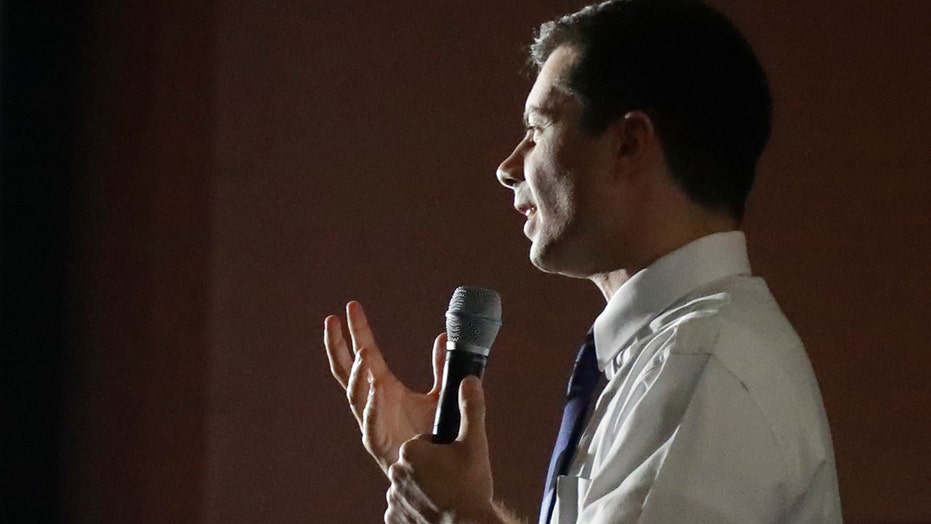 Former Indiana Mayor Pete Buttigieg has suggested that President Trump refrained from attacking him because he didn't know how to handle him as a candidate.

"I don't think he can figure out what to do with me, and that's fine by me," he told NBC in an interview that aired Tuesday.

NBC anchor Savannah Guthrie had asked him why Trump appeared to not to attack him like he did former Vice President Joe Biden.

"Look, I'm not that focused on this president's approach because they always do the same thing -- he's going to find a vulnerability and if he can't, he'll make one up," Buttigieg said. "We got to focus not on him or on me, but on voters."

Buttigieg's comments came as he clinched victory from Sen. Bernie Sanders, I-Vt., in the Iowa caucuses. Sanders’ and Buttigieg’s presidential campaigns filed requests Monday for a partial recanvass of the results of Iowa’s Democratic caucuses earlier this month.

Trump's attacks have appeared to focus on the other front-runners -- Biden, Sanders and Sen. Elizabeth Warren, D-Mass. -- who have tended to lead Buttigieg in polling. Trump famously played with Buttigieg's name, pronouncing it "Boot-edge-edge."

Besides Biden, Buttigieg and Sen. Amy Klobuchar, D-Minn., have been perceived as the moderates among a field of progressive candidates.

But none of the party's front-runners, he argued, were able to appeal to both a progressive base and Midwestern voters. And although Biden was the more likable Democrat, he wasn't credible on left-wing policies, Priebus said.

"So, they have nothing. They don’t have a complete candidate who can do both, which is why you’re seeing people like [Michael] Bloomberg dipping his toe in, you saw the poll last week about Michelle Obama -- that she would be the front-runner. The Democrats are desperate," he said in October.