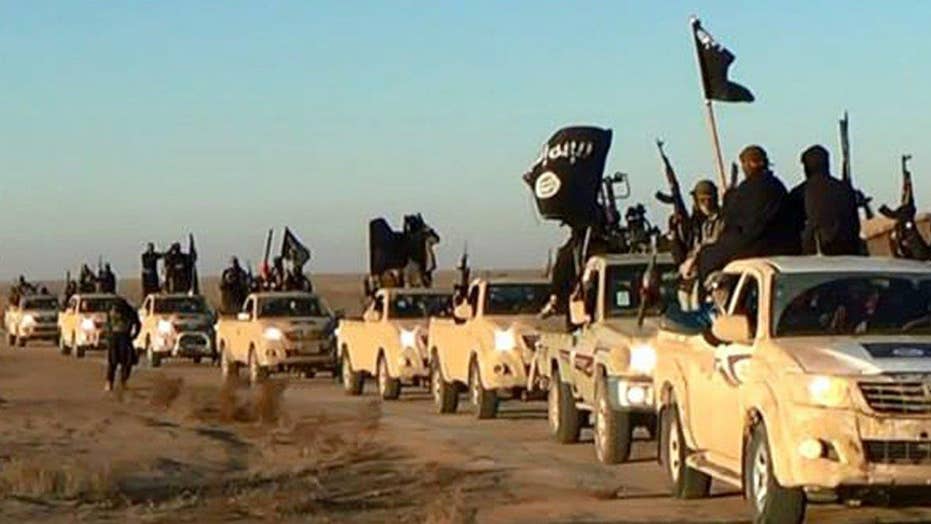 The Pentagon delivered a warning Tuesday about the growth of the Islamic State offshoot in Afghanistan, saying the branch has become “more operationally active” there by carving out territory and openly fighting the Taliban.

The Defense Department report also said violence in Afghanistan overall is on the rise and the security situation has worsened since June, with more effective attacks by insurgents and increased casualties among Afghan security forces. The DOD said advances by the Islamic State of Iraq and the Levant (ISIL) – Khorasan Province (IS-KP) in particular could stoke “increased violence” with other extremist groups in 2016.

IS-KP “has progressed from its initial exploratory phase to a point where they are openly fighting the Taliban for the establishment of a safe haven, and are becoming more operationally active,” the report said.

The warning comes as President Obama tries to assure the public about the administration’s strategy for fighting the Islamic State, a military operation that focuses on Iraq and Syria.

“We are squeezing its heart and making it harder for them to pump out its propaganda,” Obama declared Monday at the Pentagon.

But the recent Paris and San Bernardino, Calif., attacks demonstrate the reach of ISIS’ ideology and threat beyond the Iraq-Syria warzone. The offshoot’s presence in Afghanistan represents another unstable area where the group is trying to establish a foothold.

The commander of U.S. and NATO forces in Afghanistan, General John Campbell, confirmed to The Associated Press on Tuesday that ISIS allies in Afghanistan indeed are trying to establish a regional base in the eastern city of Jalalabad

Campbell said that "foreign fighters" from Syria and Iraq had joined Afghans who had declared loyalty to the group in the eastern province of Nangarhar, bordering Pakistan.

He said there were also "indications" that the ISIS supporters in Nangarhar were trying to consolidate links with the group's leadership in Syria and Iraq.

This comports with the findings in the DOD report, which said IS-KP has “seized pockets of terrain from the Taliban in Nangarhar Province.”

The report also said the Taliban-led insurgency has been emboldened by the U.S.-led coalition's transition this year from direct combat operations to a train-and-advise role. The U.S. now has about 9,800 troops in Afghanistan.

The report noted IS-KP claimed responsibility for an IED attack against a United Nations vehicle in September and conducted an attack later that month against as many as 10 checkpoints.

According to the DOD, the offshoot is growing by recruiting “disaffected Taliban” and others.

During the summer months, Taliban and ISIS loyalists fought fierce battles in the far eastern districts of Nangarhar, with residents reporting a range of atrocities, including arbitrary imprisonment, forced marriages for young women, and beheadings.