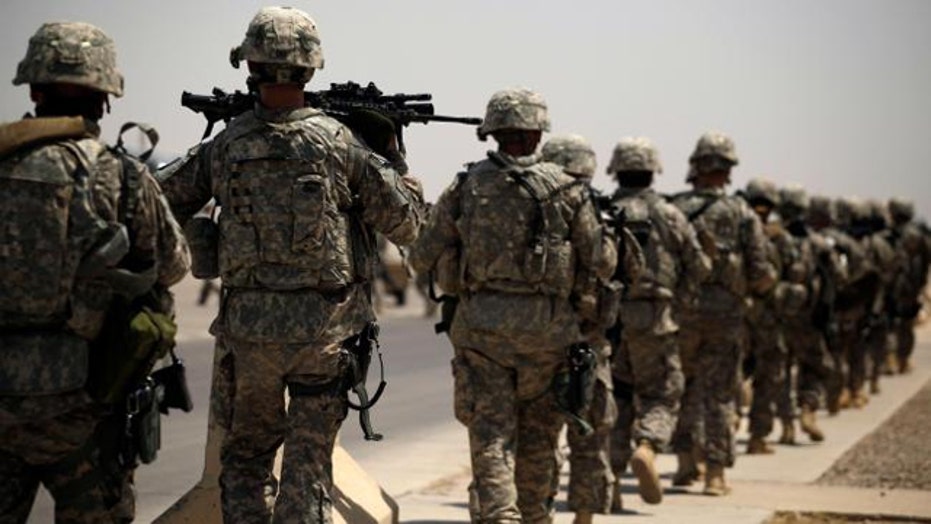 Pentagon to end the ban on transgenders in the military

The Pentagon announced Monday a plan to lift the ban on transgender individuals serving in the military within the coming months.

Defense Secretary Ash Carter said in a statement that the plan involves a working group of senior military and civilian leaders who will take an objective look at the issue over the next six months. The working group, which will be led by Under Secretary of Defense for Personnel and Readiness Brad Carson, will study “the policy and readiness” of allowing transgender individuals to serve openly within the military.

Military chiefs reportedly wanted time to methodically work through the legal, medical and administrative issues and develop training to ease any transition, and senior leaders believed six months would be sufficient.

During that time, transgender individuals would still not be able to join the military, but any decisions to force out those already serving would be referred to Under Secretary Carson, according to the statement. One senior official told the Associated Press the goal was to avoid forcing any transgender service members to leave during that time.

A senior official told the AP that while the goal is to lift the ban, Carter wants the working group to look at the practical effects, including the costs and what impact, if any, it would have on military readiness.

“We have transgender soldiers, sailors, airmen and Marines –real, patriotic Americans, who I know are being hurt by an outdated, confusing inconsistent approach that’s contrary to our value of service and individual merit,” Carter said.

The move follows several weeks of high level meetings in the Pentagon among top ranking military chiefs, secretaries and Defense Department leaders, including one on Monday involving Carter and the chiefs of the various services.

Transgender people -- those who identify with a different gender than they were born with and sometimes take hormone treatments or have surgery to develop the physical characteristics of their preferred gender -- are banned from military service. But studies and other surveys have estimated that as many as 15,000 transgender people serve in the active duty military and the reserves, often in secret but in many cases with the knowledge of their unit commander or peers.

Military leaders have pointed to the gradual -- and ultimately successful -- transition after the ban on gays serving openly in the military was lifted in 2011. Although legislation repealing that ban passed Congress in late 2010, the military services spent months conducting training and reviews before the decision actually took effect the following September.

Early last month, during a ceremony at the department's Pentagon Pride Month, Carter noted the repeal of the ban. In remarks that hinted at more, he added, "we believe in getting to a place where no one serves in silence, and where we treat all our soldiers, sailors, airmen and Marines with the dignity, and the respect, that they deserve."

The move comes just weeks after the Supreme Court upheld the right of same-sex couples to marry.

Officials familiar with the Pentagon meetings said the chiefs of the Army, Navy, Marine Corps and Air Force did not express opposition to lifting the ban. Instead, they said the military leaders asked for time to figure out health care, housing and other questions and also to provide information and training to the troops to insure a smooth transition.

In recent weeks, Carson met individually with each service chief and other senior civilian leaders.

Officials said Carter has sought input from the military on the effect of the policy change, but removing that barrier has been one of his goals since his early days in office. During a visit to Afghanistan shortly after he took over, Carter told troops that he was open-minded when asked whether the Defense Department was planning to remove the ban.