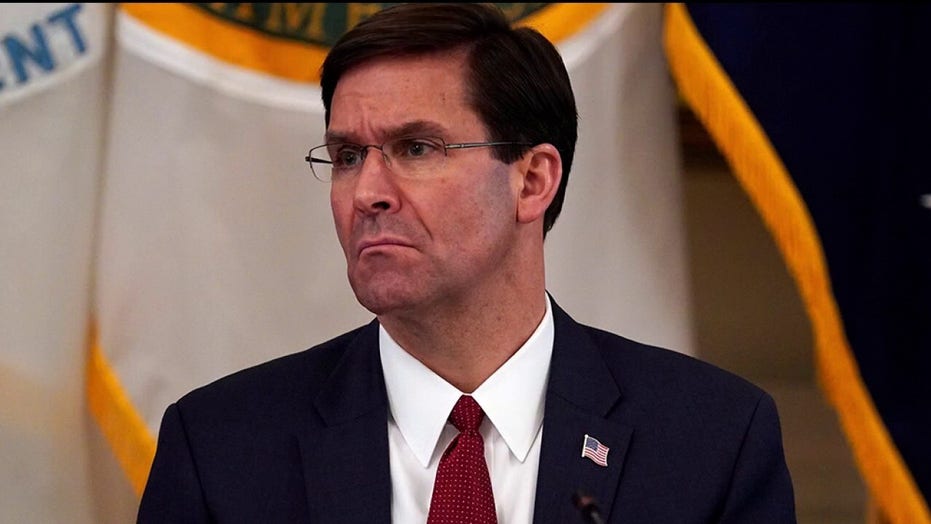 The Pentagon on Friday laid out a new policy on Friday that will ban displays of the Confederate flag on military installations, in a memo that avoids mentioning an explicit ban or the controversial flag itself.

“Flags are powerful symbols, particularly in the military community for whom flags embody common mission, common histories, and the special, timeless bond of warriors,” the memo, obtained by Fox News, says.

The memo, signed by Defense Secretary Mark Esper, lists the type of flags that may be displayed at military installations -- including the American flag, military service flags, flags of U.S. states and territories and the POW/MIA flag, as well as flags for which the U.S. is a member such as NATO.

The Confederate flag is not included on that list. The Associated Press, which first obtained the memo, reported that the move was done in a way to ban it without angering or contradicting President Trump, who has defended the right to display it. A Defense Department official, however, said that it was to ensure the policy was apolitical and could withstand legal challenge.

“The flags we fly must accord with the military imperatives of good order and discipline, treating all our people with dignity and respect, and rejecting divisive symbols” the memo says.

Confederate flags, monuments and military base names have become a point of controversy for protesters and activists in the weeks since the death of George Floyd in Minneapolis.

In many parts of the country, state officials have taken down Confederate monuments and symbols over the Confederacy’s legacy of slavery. But many activists have since moved on to targeting past figures and symbols of U.S. history in general.

Trump has rejected the idea of changing base names, and has defending the flying of the flag as a freedom of speech issue.

“I know people that like the Confederate flag, and they’re not thinking about slavery,” Trump said in an interview with CBS News. “I look at NASCAR. You go to NASCAR. You had those flags all over the place. They stopped it. I just think it’s freedom of speech, whether it’s Confederate flags or Black Lives Matter or anything else you want to talk about. It’s freedom of speech.” 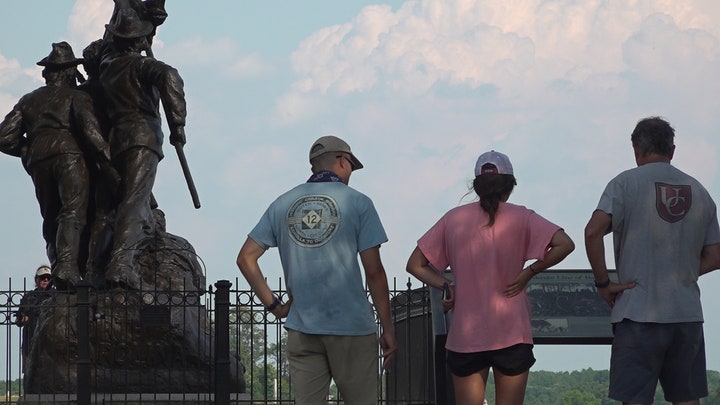 Esper's memo says that the display of unauthorized flags — such as the Confederate banner carried during the Civil War — is acceptable in museums, historical exhibits, works of art or other educational programs.

The Marine Corps has already banned the Confederate flag. Gen. David Berger, the commandant of the Marine Corps, directed his commanders in early June to remove public displays of the Confederate battle flag. That flag, which some embrace as a symbol of heritage, “carries the power to inflame feelings of division” and can weaken the unit cohesion that combat requires, Berger said.

The other three military services were all moving to enact similar bans, but they paused when Esper made it known he wanted a consistent policy across the whole department.