The Ohio-class ballistic-missile submarine USS Pennsylvania returns to Naval Base Kitsap-Bangor in Washington State, Dec. 27, 2017. It is one of eight ballistic-missile subs stationed at the base. (U.S. Navy photo by Mass Communication Specialist 2nd Class Amanda R. Gray)

The Pentagon plans to develop two "low-yield" nuclear warheads to be launched from ballistic-missile submarines and warships, to send a message to Moscow -- which the Trump administration accuses of amassing a stockpile of tactical nuclear weapons.

The Pentagon says Russia’s buildup of similar "low-yield" nukes is the reason it must match the threat.

“The United States would only consider the use of nuclear weapons in extreme circumstances,” said Deputy Defense Secretary Patrick M. Shanahan.  “Extreme circumstances could include significant non-nuclear strategic attacks,” he added without offering specifics.

It's the first such review in seven years, but much has changed since 2010, when the U.S. unilaterally reduced portions of its nuclear arsenal.

“Over the past decade, while the United States led the world in these reductions every one of our potential nuclear adversaries has been pursuing the exact opposite strategy,” said Deputy Energy Secretary Dan Brouillette.  “These powers are increasing the numbers and types of nuclear weapons in their arsenal.”

"Russia's nuclear saber-rattling is unjustified, destabilizing and dangerous," said NATO Secretary General Jens Stoltenberg in 2015.  Any deployment of nuclear forces to Crimea would “fundamentally change the balance of security in Europe,” he added.

Russia is bound by a decades-long arms treaty, known as the INF, from deploying ground-launched intermediate-range missiles.  The Pentagon has accused Russia of violating the treaty, noting that Russia is also developing nuclear depth charges, torpedoes and anti-aircraft missiles among its 2,000 tactical nukes. 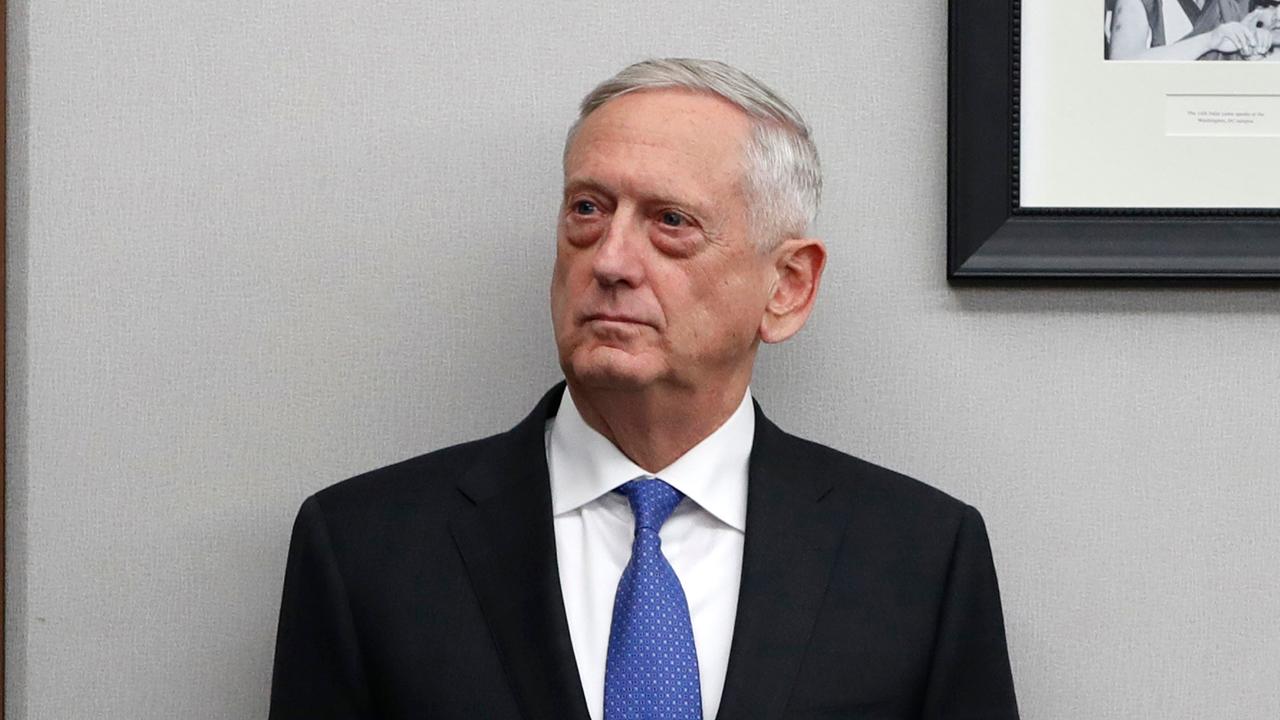 The United States has possessed hundreds of tactical “low-yield” nuclear warheads for decades, but they can only be delivered from planes, including B61 gravity bombs, but are vulnerable because the jets must fly over the target to use them making them susceptible to anti-aircraft missiles and guns.

Currently, only the B-2 stealth bomber can penetrate sophisticated air defenses.

The Trump administration wants to build off the previous administration’s concern that the nuclear force needs to be modernized. It has mapped out plans for the U.S. to spend more than $1.2 trillion over the next 30 years.

Its bomber fleet is not the only aging portion of America’s "nuclear triad."

The 400 Minuteman-III intercontinental ballistic missiles (ICBMs) currently deployed across three Air Force bases in the Midwest were first deployed in 1970 with a planned 10-year service life.  They are now expected to last until 2030.

The new posture review calls for each of these submarines to carry a small number of “low-yield” nuclear  warheads, modified from more powerful ones currently inside the Trident missile.

The new missiles could be deployed in the next few years, officials say.

The Pentagon is worried Russia thinks it can use its smaller nukes against NATO in a limited war without a U.S. response.

“Effective U.S. deterrence of Russian nuclear attack … now requires ensuring that the Russian leadership does not miscalculate regarding the consequences of limited nuclear first use,” the review states.

The last nuclear posture review came out just months after President Obama set as a policy goal a world without nuclear weapons in a 2009 speech in Prague.

“Nuclear weapons are the most dangerous legacies of the Cold War," Obama said in the Czech Republic capital. "The U.S. will take concrete steps ... [to] begin the work of reducing our arsenals and stockpiles."

Obama got rid of nuclear-tipped, sea-launched cruise missiles in 2011.

The Pentagon now wants to bring some of those weapons back.

“Every U.S. administration over the past six decades has called for a flexible and limited U.S. nuclear response options,” said the review.  “Potential adversaries do not stand still. On the contrary, they seek to identify and exploit weaknesses in U.S. capabilities and strategy.”  The U.S. nuclear arsenal cannot remain “fixed.”

Mattis spoke to reporters Friday morning, hours before the release of the Nuclear Posture Review.

"What we're trying to do is ensure that our diplomats and our negotiators are in a position to be listened to when we say we want to go forward on nonproliferation and arms control. At the same time, you do so by having an effective, safe deterrent,” said Mattis.

While not mentioning cyberattack directly, the Pentagon makes clear in this document that the U.S. reserves the right to use nuclear weapons to respond to any attack on infrastructure or population centers, even if that attack uses a conventional weapon.

It also addresses the nuclear threat from China, Iran and North Korea, in addition to Russia.

Any nuclear attack by Kim Jong Un would “result in the end of that regime,” the report says.

Greg Weaver, deputy director of strategic capabilities on the Pentagon’s Joint Staff said “there’s evidence the Russians think that their coercive nuclear use strategy has some prospect of success. We want to make sure that we disabuse them of that idea.”

The two new “low-yield” nuclear weapons are designed to do just that, Weaver said.

A sea-launched nuclear cruise missile could be fired from a warship or a submarine, but is still seven to 10 years from being fielded, said Dr. Robert Soofer, deputy assistant secretary of defense for nuclear policy, in a briefing with reporters ahead of the review’s release.

If Russia returns to compliance with its arms control obligation and reduces its tactical nukes, the U.S. “may reconsider the pursuit” of the sea-launched cruise missile, according to the report.

The Pentagon is hoping history will repeat itself. After the U.S. deployed intermediate-range missiles to Europe, the Soviet Union signed the 1987 INF treaty with the United States.  President Reagan’s secretary of state, George P. Shultz, said if not for the deployment of the American missiles, “there would be no incentive for the Soviets to negotiate seriously for nuclear weapons reductions.”

Asked how the Russians were likely to respond to the Pentagon calling for “low-yield” nukes, Soofer replied, “I am sure they won’t respond well.”