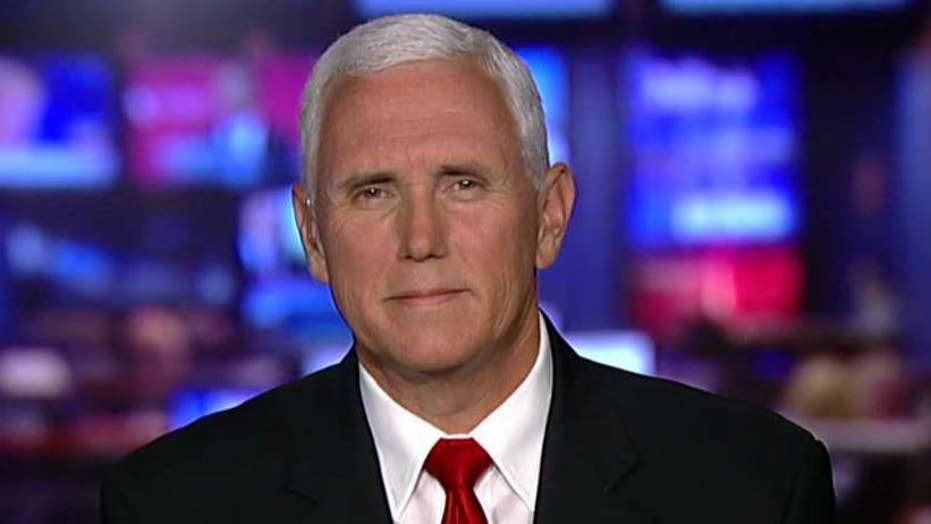 Vice President Pence is set to keynote a conference of young Republicans this weekend in Washington as he continues to ramp up political activities and court party donors.

Pence will deliver a speech Saturday night at an event sponsored by Maverick PAC, a group that bills itself as the “the leading conservative young professionals’ PAC in the country,” organizers said.

More than 200 members of the PAC are expected to attend the event, which lasts Thursday through Saturday. Organizers said the attendees, who are active in Republican fundraising, work in a variety of industries, including oil and gas, banking, food and beverage, communications, technology and politics.

Pence, who often gives speeches in his official capacity as vice president, stoked speculation about his future political plans in May when he filed paperwork to start his own leadership PAC, called the Great America Committee, which he can use to funnel money to GOP congressional campaigns. Pence, though, repeatedly has made clear his loyalty to President Trump, and an adviser said at the time that the PAC was being set up to support Trump's legislative agenda.

According to its website, the political action committee “supports candidates and elected officials who fight with the president in making America great again, and is led by our chairman, Vice President Mike Pence.”

Meanwhile, The New York Times reported over the weekend that Pence has been courting donors, corporate executives and conservative leaders during private gatherings at his residence at the Naval Observatory. Among the major donors who have attended these events are Kenneth C. Griffin and Charles Schwab, the paper said.

Maverick PAC national co-chairman Fritz Brogan said the event where Pence will speak this weekend will be “full of discussion on business and policy, and the role these young leaders will have in shaping the future.”