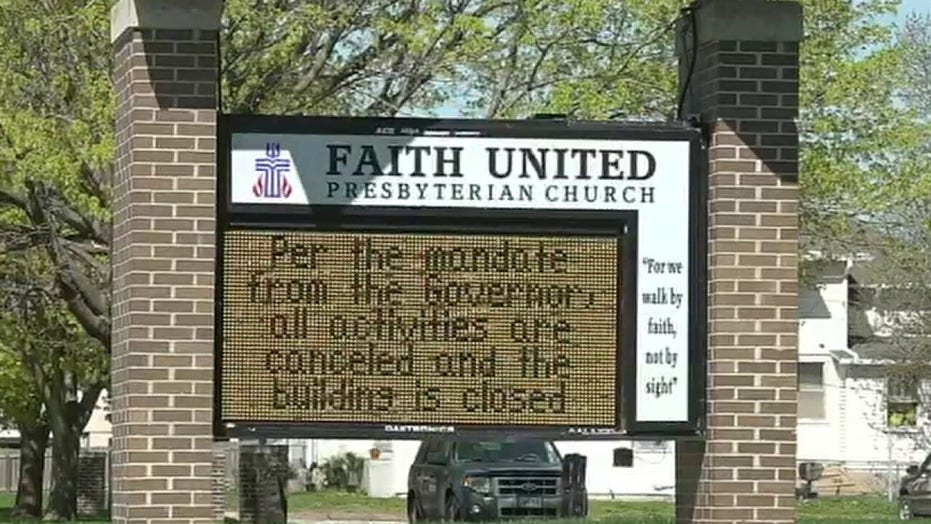 In a letter to Sisolak on Tuesday, Pence thanked the people of Nevada for their “sacrifices” throughout the coronavirus pandemic, while touting the administration’s “unprecedented Federal response that has assisted Nevada with medical supplies, personal protective equipment, and therapeutics.”

Pence, however, went on to “raise a concern” about Sisolak’s “subjective decision to disproportionately apply mitigation efforts in ways that appear to openly discriminate against people of faith.”

“While I am pleased you are interested in protecting entertainment and tourism jobs, your decision to prioritize blackjack and slot machines over places of worship is offensive to millions of Americans,” Pence wrote. “I hope you will reconsider, and extend the same courtesy to churches, synagogues, and mosques that you have offered to casinos across the State.”

Pence’s letter comes as Sisolak has signaled that he is pursuing the possibility of easing COVID-19 restrictions on religious gatherings, after the Supreme Court ruled in favor of the state in June in a case brought by a rural church to the high court, arguing that the governor’s coronavirus restrictions capping religious gatherings at 50 people was unconstitutional.

The Supreme Court in June denied an appeal by the church to allow additional worshipers to join in-person services based on capacity amid the coronavirus pandemic.

The church, Calvary Chapel Dayton Valley, filed new briefs earlier this month to a federal court of appeals, after the Supreme Court narrowly refused its bid for an emergency order to suspend the cap.

Sisolak said earlier this month that he has asked his advisers to review whether the state can ease the restriction, among others, and allow churches to expand how many people can attend.

“We’ve been researching different approaches in terms of how to do that, and using best practices that have been developed in other states,” he said at a news conference in Las Vegas earlier this month.

“Trust me, I want to get back to church. I want to go back to mass live instead of watching it on my phone every weekend,” he said.

The Democratic governor did not have a timeline for when he would announce a decision or any specific benchmarks necessary to make a change.

Calvary Chapel’s lawyers are emphasizing the three dissenting opinions from the high court’s 5-4 decision in their latest bid to prove that parishioners’ religious freedoms are being violated partly because casinos and others are allowed to operate at 50% capacity.

Other secular businesses allowed to operate at half capacity include restaurants, gyms, hair salons, bowling alleys and water parks.