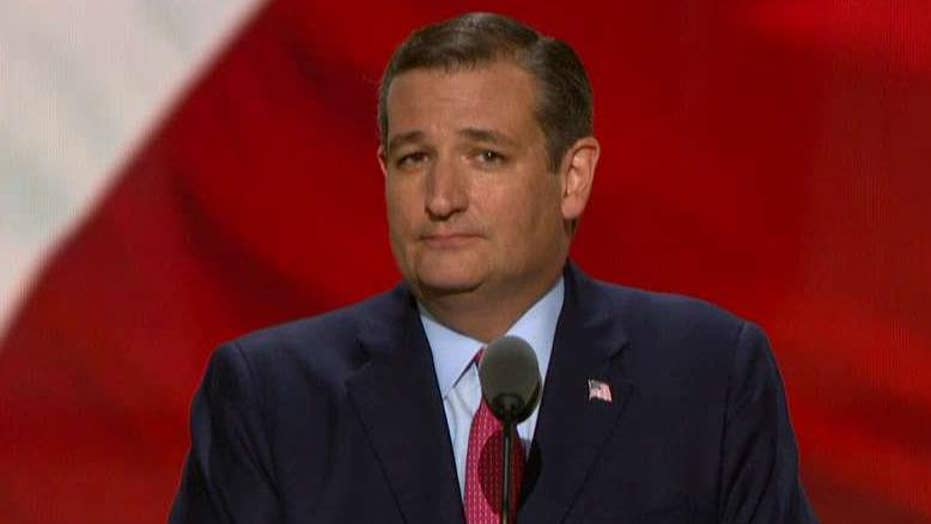 So his speech here in Cleveland was his one clear shot at demonstrating he’s an asset to the ticket—and make voters comfortable with him being a heartbeat away.

Pence did his job, delivering a solid if workmanlike speech. Unfortunately for him, he was upstaged by Ted Cruz, who did not bother to endorse Trump. There were lusty boos from the crowd, an attempt to shout him down. Afterward, Chris Christie told CNN the speech had been “selfish,” while Trump Organization executive Michael Cohen called it “political suicide” by a “baby.”

I don’t get how Cruz can come to Trump’s convention, give an impassioned oration about crime, terror, freedom and the Constitution—pretty much what he might have said if he had wrested the nomination from Trump—and not give even the man who defeated him pro forma backing. I guess the deal was he’d get a prime-time slot and wouldn’t make trouble in Cleveland. But if you can’t bring yourself to do the endorsement thing, if you’re still ticked off about being called Lyin’ Ted and the criticism of your wife, maybe you stay away, the way John Kasich did. It was like showing up at a dinner party, scarfing down the food and not thanking the host.

Pence got off to a folksy start. “For those of you who don't know me, which is most of you, I grew up on the front row of the American Dream,” he said. He gave a standard, old-fashioned, conservative policy speech, sprinkled with lots of praise for the nominee. Pence is not the most charismatic guy around, but as a low-key running mate popular with the Tea Party and religious conservatives, he fit the bill.

But it was the Texas senator who dominated the post-speech headlines. “Cruz Snubs Trump,” Politico blared. “Cruz Shouted Down After Refusing to Endorse Trump,” said the New York Times. “Cruz Draws Boos, Jeers for Not Endorsing Trump,” reported the Washington Post.

Trump quickly reacted on Twitter: “Wow, Ted Cruz got booed off the stage, didn't honor the pledge! I saw his speech two hours early but let him speak anyway. No big deal!”

But it’s a big deal for the media. The cable chatter will undoubtedly reduce Pence to an afterthought.

Trump hoped that Mike Pence would help him project an image of a party that is slowly coming together. Instead, Ted Cruz underscored how deeply divided the GOP remains.