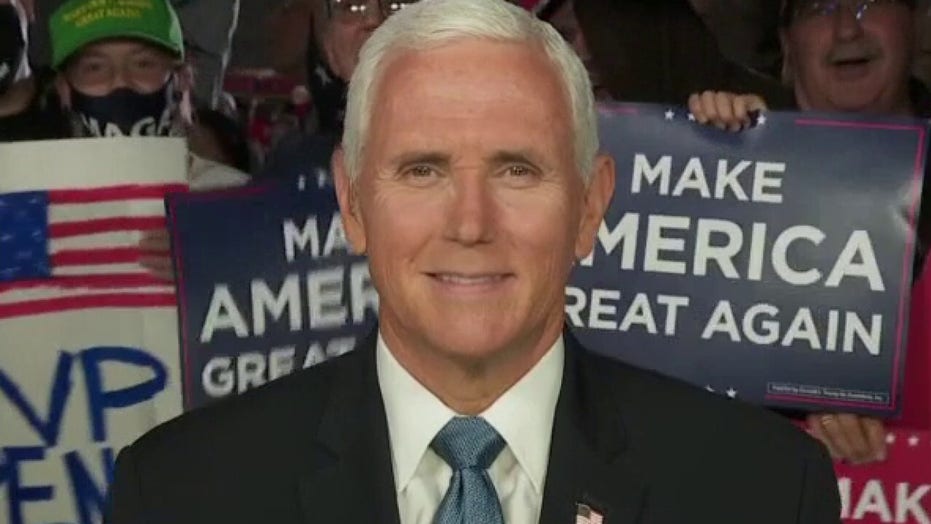 President Trump and the Trump Organization very likely "took advantage of all of the legal deductions and exemptions that were available in the tax code," Vice President Mike Pence told "Special Report" Tuesday ahead of the first presidential debate in Cleveland.

Pence told Baier that the report "feels like the same old, same old ... These same issues and allegations came up in 2016" during the campaign.

KURTZ: NEW YORK TIMES AND TRUMP TAXES -- WHY IT'S NOT A CAMPAIGN BOMBSHELL

Turning to the debate, Pence suggested that Trump "point out the fact that when he was out creating jobs, Joe Biden was spending 47 years in Washington, D.C., helping to create that tax code, while President Donald Trump was creating jobs. So honestly, this is not where the American people are focused."

Looking ahead to his own debate next week against Democratic vice presidential nominee Kamala Harris, Pence said he was "counting the days."

"In the middle of a global pandemic Joe Biden and Kamala Harris want to raise taxes by four trillion dollars," Pence said. "They want to stifle American energy and the American energy renaissance that's created thousands  of jobs ... And they want to have an activist court once again, legislating from the bench. I am going to lay out that case. I am going to lay out that choice.