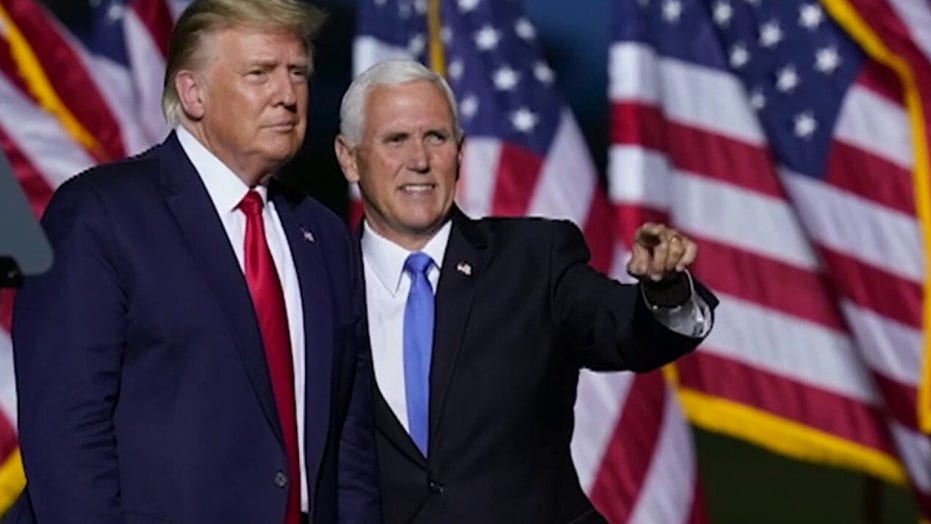 A senior Trump campaign adviser said on Sunday that Vice President Mike Pence will maintain “a very full aggressive schedule” while the president is being treated in the hospital for COVID-19.

Jason Miller told NBC’s “Meet the Press” that Trump’s campaign team has no intention of slowing down or altering its plans just weeks before November's general election.

“We’re in a campaign. We have a month to go. We see Joe Biden and Kamala Harris out there campaigning,” Miller said. “Certainly, they’re not asking for a remote debate.”

Miller added that Pence plans to go-ahead with the vice presidential debate against Harris on Wednesday, followed by stops in Arizona, Nevada, and Washington, D.C.

“He’s going to have a very full aggressive schedule, as will the First Family,” Miller said.

Asked by host Chuck Todd whether he has concerns about other staff members contracting the virus, Miller said he has “no concerns at all.”

“The vice president takes very serious all these measures. Anyone around the vice president are tested," Miller said. "People are kept very safe. And again, we can’t hide from this virus forever Chuck. We have to take it head-on. We have to re-open our economy.  And we’ve got to develop a vaccine and defeat the virus."

BIDEN PLANS TO ATTEND NEXT DEBATE, HOPES TRUMP WILL BE ABLE TO PARTICIPATE, CAMPAIGN SAYS

The president's campaign team is launching what it calls "Operation MAGA" to propel the campaign forward, even as Trump is being treated at Walter Reed National Military Medical Center. Although Trump's medical team raised the possibility that he could be released as early as Monday, significant questions remained about the president's health and schedule.

Pence has outlined plans to launch a new effort to ramp up campaign appearances by Trump lieutenants who haven't been infected. Pence himself will star in the new effort, in addition to Trump's children. Pence promised that he and the first family would begin fanning out across the country aggressively in person after Wednesday's vice presidential debate.

"We've got a campaign to run," Pence said. "I promise you, this president, as soon as his doctors say so, he's going to be back out there."