Former Vice President Mike Pence on Wednesday hit President Biden and Democrats for the escalating crisis at the southern border, while touting the Trump administration’s reduction of illegal immigration -- saying Biden inherited "the most secure southern border in American history."

‘The catastrophe now unfolding at our border is a direct result of progressive policies and pronouncements emanating from Democrats in Washington,’ Pence wrote in an op-ed for The Daily Signal. "But Democrats can end this disaster just as quickly as they caused it. All they have to do is reinstate commonsense border enforcement and stop treating U.S. Immigration and Customs Enforcement and Border Patrol as a concierge service for illegal aliens."

Pence noted that a number of policies from the Trump administration, such as ending catch-and-release, the border wall construction, and the Remain-in-Mexico policy, have all been ended by the new administration. He and argued that the result is the surge at the border that has recently overwhelmed authorities and facilities.

"For years, politicians promised to secure the border. Under the last administration, we delivered," he says. "And yet, in just three short months, the Biden administration and Democrats in Congress have unleashed the worst border crisis in the history of our country."

There were more than 172,000 migrant encounters in March alone, including a historic number of unaccompanied children. The Biden administration has called the situation a "challenge" and has focused on "root causes" in Central America, while blaming the Trump administration for ending asylum pathways.

"I make no apologies for ending programs that did not exist before Trump became President that have an incredibly negative impact on the law, international law, as well as on human dignity," Biden said at a press conference last month. 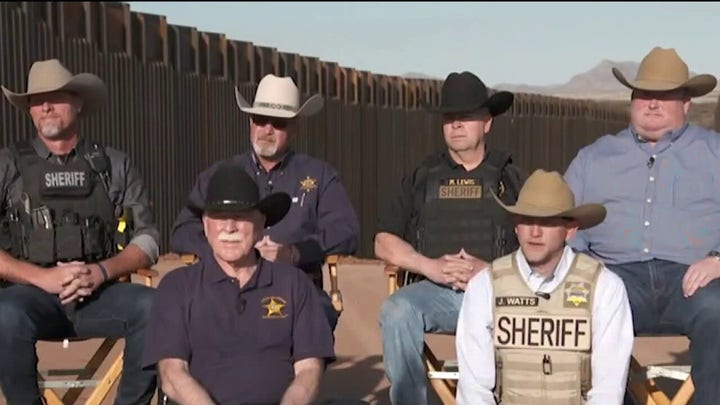 Pence hit both Biden and Vice President Kamala Harris for not having visited the border and said that Democrats aren’t seeing the problem as it really is.

"Democrats believe the problem at the border is a lack of capacity to house and process an unprecedented surge of illegal aliens," he said. "But the actual problem is not mismanagement of the surge but the surge itself, which is caused solely and exclusively by Democrats’ open border policies."

The op-ed marks a relatively rare intervention by the former vice president. Former President Donald Trump has been vocal in his criticism of Biden’s border policies and has regularly released statements criticized the 46th president.