Rep. Steve Scalise on border crisis: ‘Beyond a disaster’

Border officials encountered 172,000 migrants at the border in March, a 71% increase from February and the latest indicator of the extent of the crisis at the southern border -- but one that Biden officials are trying to blame on the Trump administration.

Of the 172,000 migrants encountered, the majority were single adults, and included 18,890 unaccompanied children -- a 100% increase from the already high numbers encountered in February, and the highest number recorded. In February, 100,441 migrants overall were encountered.

"CBP has experienced an increase in encounters and arrests. This is not new. Encounters have continued to increase since April 2020, and our past experiences have helped us be better prepared for the challenges we face this year," Acting Customs and Border Protection (CBP) Commissioner Troy Miller said in a statement. "We are committed to balancing the need to maintain border security, care for those in our custody, and keep the American people and our workforce safe."

The Biden administration has been tackling a surge in migrant numbers in recent months, a surge which has escalated into a major crisis, although officials have instead described it as a "challenge."

While single adults and family units can be returned via Title 42 public health protections, the administration has not been applying it to unaccompanied children. Meanwhile, Mexico has been refusing to take back family units with children under the age of seven. The result has been a re-introduction of so-called "catch-and-release" policies by which some migrants are released into the interior, and pictures have emerged of packed facilities for migrant children. 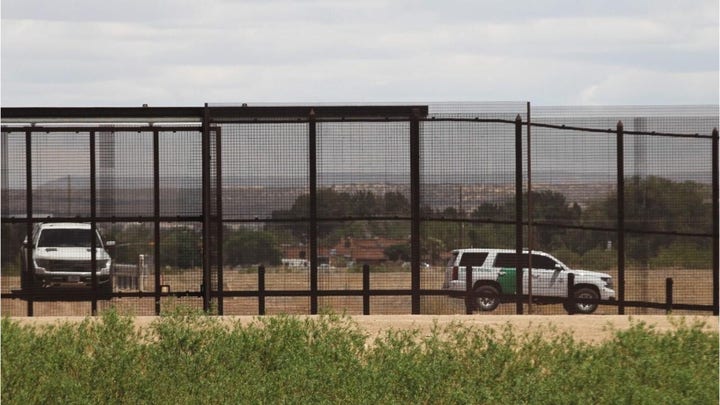 The officials blamed a lack of preparedness from Health and Human Services, saying the Trump administration didn’t ask for additional beds until Jan. 15. It also blamed the prior administration for cutting funding for the Northern Triangle and ending asylum problems.

The official said the new administration has made "significant progress" since Jan. 20, but warned that "no-one should have the expectation it’ll be solved overnight." The official also called on Congress to act to fix the immigration system.

It echoes criticism from President Biden himself aimed at his predecessor.

"He dismantled all the elements that exist to deal with what had been a problem and continued to be a problem for a long time," he said at a press conference last month. "He, in fact, shut down the number of beds available. He did not fund HHS to get people to get the children out of those Border Patrol facilities where they should not be and not supposed to be more than a few days — a little while. But he dismantled all of that."

Those claims have fallen flat with Republicans, who have pointed to low numbers last year, as well as mechanisms put in place to deal with migrant surges after the 2019 border crisis that have now been undone.

The March numbers exceeded the highest monthly total during the 2019 crisis, where approximately 142,000 migrants were encountered in May that year. It is likely that numbers will continue to climb in the Spring and early Summer months.

Rep. Steve Scalise, R-La., on "Fox & Friends" called on Biden to re-implement policies like the Migrant Protection Protocols, and pointed to recent openings of new child migrant facilities as proof the administration can’t handle the numbers coming in.

"They cannot even handle the surge of migrants, they are taking over military bases, the Dallas convention center, and the people on the ground are telling you they can’t control it, it has got to stop," he said. "Joe Biden needs to reverse this deadly devastating policy."