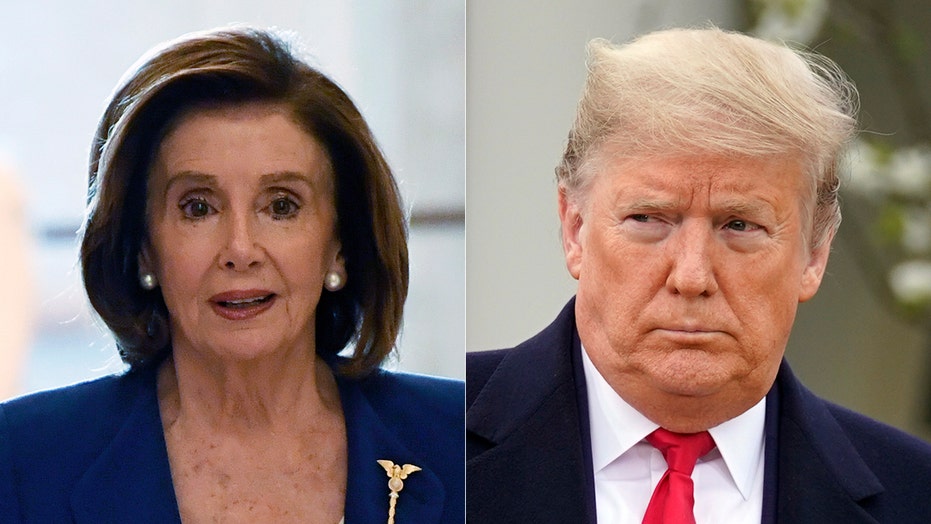 House Speaker Nancy Pelosi criticized President Trump after he refused to commit to ensuring a peaceful transfer of power, saying he is trying to “have the Constitution swallow Clorox.”

When asked if Trump would accept a peaceful transfer of power, Pelosi, D-Calif., told reporters, “It’s really sad you even have to ask that question.”

“We know who he admires. [Vladimir] Putin. Kim Jong-un. [Recep Tayyip] Erdogan,” she continued. “You are not in Russia. He is not in North Korea. He is not in Turkey.

“He’s trying to have the Constitution of the United States swallow Clorox,” Pelosi said.

Pelosi also quelled the idea that the House of Representatives would bring forth a second round of impeachment charges against the president.

“I don’t think he’s worth the trouble at this point,” she said.

Pelosi, in an appearance on ABC News’ “This Week” on Sunday, was asked whether she and other House Democrats would move to impeach the president or Attorney General Bill Barr in an effort to prevent the Senate from acting.

On Wednesday, the president appeared to sidestep a question from a reporter on his willingness to commit to a peaceful transfer of power "win, lose or draw" in this election by repeating his unsubstantiated claim that mail-in voting could lead to widespread voter fraud.

Trump also stressed the need to quickly appoint his soon-to-be-announced pick to replace the late Justice Ruth Bader Ginsburg on the Supreme Court to avoid a four-four split on a potential election-related issue.

In July, Trump told Fox News’ Chris Wallace he wouldn’t commit to accepting the results of the 2020 election prematurely.

Republican Sen. Mitt Romney, of Utah, also criticized the president’s words, writing in a tweet, “Fundamental to democracy is the peaceful transition of power; without that, there is Belarus. Any suggestion that a president might not respect this Constitutional guarantee is both unthinkable and unacceptable.”

Election experts concede that voting by mail is more susceptible to fraud than casting a ballot in person, but they say they have seen no evidence of widespread fraud or that absentee balloting favors Democrats. But the massive increase in absentee balloting places an extra burden on already stressed-out state and county election officials and on a U.S. Postal Service facing financial and manpower deficits.