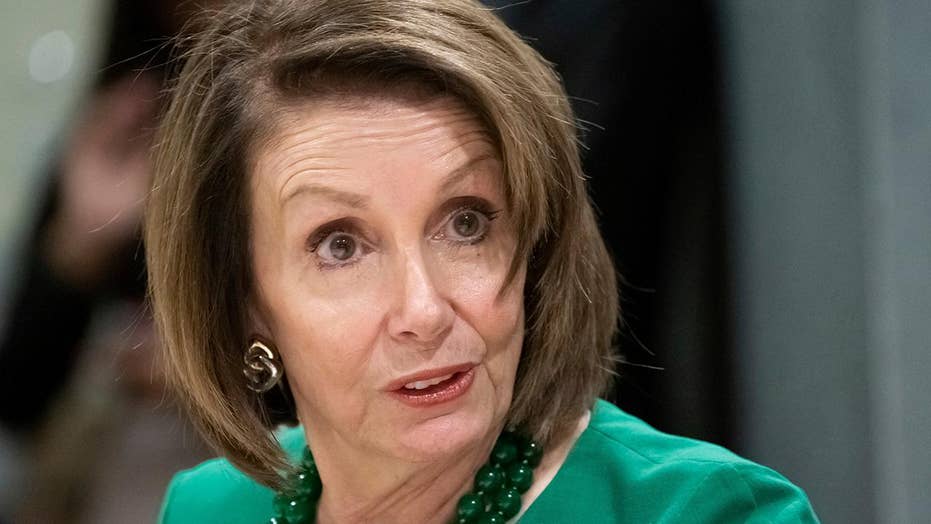 Should Nancy Pelosi be concerned about her job security?

House Speaker Nancy Pelosi has slammed Facebook, calling it a “willing enabler of Russian interference in our election,” despite owning shares in the social networking company worth as much as $1 million.

The California Democrat attacked California-based Facebook after the platform refused to take down a three-minute doctored video of her that was reportedly slowed down to 5 percent of its original speed, prompting critics to claim it made Pelosi seem impaired or senile.

As of early Friday the video remained available on a conservative Facebook page where it has garnered millions of views, more than 30,000 comments and 11,000 reactions since being uploaded there last week.

“We have said all along, poor Facebook, they were unwittingly exploited by the Russians. I think wittingly because right now they are putting up something that they know is false. I think it's wrong," she told a local California station.

“I think they have proven — by not taking down something they know is false — that they were willing enablers of the Russian interference in our election,” she added.

“I think they have proven — by not taking down something they know is false — that they were willing enablers of the Russian interference in our election.”

But despite the tough words, Pelosi and her husband remain owners of Facebook stock, having bought shares priced between $100,001 and $250,000 during the company’s initial public offering in 2012, the Washington Free Beacon first reported.

FACEBOOK'S AVERAGE USER SPENT 38 MINUTES PER DAY ON THE PLATFORM, A DROP FROM LAST YEAR

Pelosi’s most recent fully detailed financial disclosure from 2017 shows that her current investment in Facebook is valued between $500,001 and $1,000,000.

Pelosi has also extensively used Facebook for political purposes, spending nearly $100,000 to run ads on the platform, according to the Washington Free Beacon.

Other Democrats joined Pelosi and criticized Facebook, with former Secretary of State Hillary Clinton assailing the company during a commencement speech to Hunter College graduates in New York City on Wednesday.

“When Facebook refused to take down a fake video of Nancy Pelosi, it wasn't even a close call,” Clinton told the graduates. “The video is sexist trash. And YouTube took it down but Facebook kept it up.”

But Facebook remains defiant and standing behind its decision not to remove the video from the platform.

The head of NetChoice, a trade association for e-commerce, called Pelosi's comments “hyperbolic” and “over-the-top.”

“Speaker Pelosi’s accusation that Facebook is a ‘willing enabler’ of Russian interference in our elections is false and over-the-top,” Carl Szabo told Fox News in a statement.

“It's obvious that Facebook is hugely invested in ensuring that its platform won't be misused to aid election interference.”