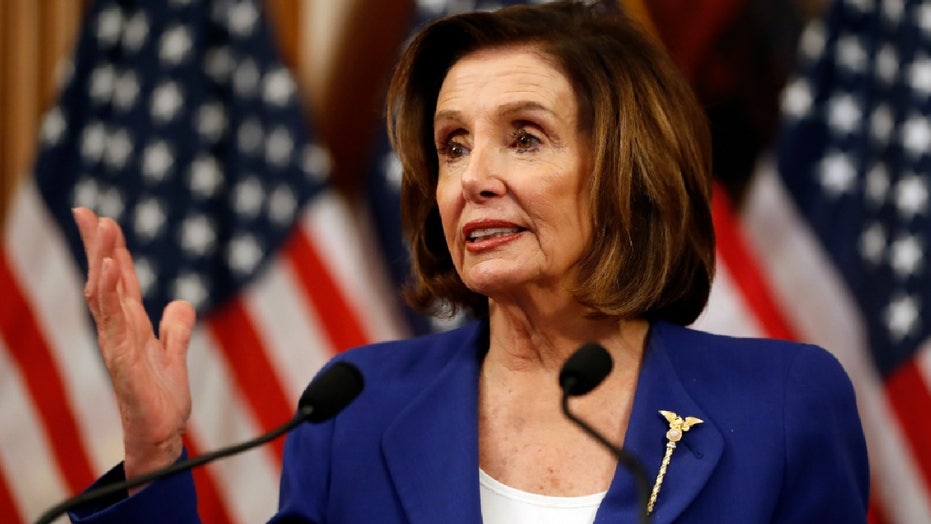 Will media criticize her partisanship?

House Speaker Nancy Pelosi, D-Calif., is pushing for a new stimulus bill that would roll back the state and local tax deduction (SALT) cap, a proposal that would predominantly help wealthy individuals — including most residents in Pelosi's district and perhaps even Pelosi herself.

A 2019 report from the Joint Committee on Taxation projected that of those who would face lower tax liability from the elimination of the SALT cap – which only affects those who itemize tax deductions – 94 percent earn at least $100,000. The government would lose out on $77.4 billion in tax dollars, with more than half of that amount being saved by taxpayers earning $1 million or more. Those earning more than $200,000 would reap most of the balance.

California's 12th congressional district, which Pelosi represents, is among the wealthiest in the U.S., with a median income of $113,919, according to census data. The average household income is $168,456 -- meaning most residents would benefit from any significant cut to SALT.

Pelosi and her husband have a property tax liability of approximately $198,337.62 considering their two homes, a winery and two commercial properties, public records show, indicating that the couple could reap substantial benefits in the event of a full SALT repeal.

MYTHS OF THE SALT DEDUCTION, AND WHY CAPPING IT IS GOOD POLICY: READ MORE AT THE NATIONAL REVIEW

Just days after taking heat for successfully demanding $25 million in stimulus funds for the John F. Kennedy Center for the Performing Arts in Washington, D.C., Pelosi specifically declared this week that it might be wise to “retroactively undo SALT,” which was enacted as part of the 2017 tax cuts and prevents households from deducting more than $10,000 per year of their state and local tax expenditures from federal tax bills.

A Pelosi spokesperson said that a SALT drawdown would be “tailored to focus on middle-class earners and include limitations on the higher end.”

However, it was unclear exactly what the limitations would be in the proposed SALT shakeup. House Democrats voted last year to mostly repeal the SALT cap, and haven't hidden their desires to try again should control of the Senate change in November.

The cap has been particularly unpopular in high-tax blue states. New York, New Jersey, Maryland and Connecticut have even sued to repeal the SALT cap; that lawsuit was dismissed by a federal judge, and the states are appealing. The SALT cap is set to expire in 2025.

Roughly 13 million households nationally would benefit from slashing SALT, with the vast majority of them earning six-figure incomes and located in New York and California, The New York Times reported this week. Even a limited SALT reduction would predominately benefit wealthier Americans.

Pelosi's idea comes as House and Senate Republicans have sought to claw back the $25 million that the previous stimulus bill allocated to the Kennedy Center. President Trump called the payout a necessary compromise to win over Democratic support for the coronavirus relief package, but a chorus of lawmakers have said the spending was irresponsible in the wake of the newly announced layoffs at the opera house.

Rep. Bryan Steil, R-Wisconsin – who on Tuesday introduced the bill to retract the funding, along with numerous cosponsors, including Rep. Steve Scalise, R-La. – said the bailout was always a "mistake," layoffs or not.

"If we determine that another measure is necessary, it should not be the vehicle for Speaker Pelosi’s partisan, parochial wish list."

“Families and workers are struggling to pay rent, pay their mortgage and buy groceries," Steil said in a statement. "Americans need relief and assistance now, which is why I supported the CARES Act. However, some in Washington felt it was important to spend $25 million of taxpayer dollars on the Kennedy Center when there are obviously bigger needs right now. This is frivolous spending in the midst of a national emergency."

“The ink is hardly dry on a $2 trillion-plus emergency package,” Sen. Patrick J. Toomey, R-Penn., told the Times. “It’s far too soon to know whether and of what nature additional legislation is needed. If we determine that another measure is necessary, it should not be the vehicle for Speaker Pelosi’s partisan, parochial wish list.”

"This is a nonstarter. Millionaires don’t need a new tax break as the federal government spends trillions of dollars to fight a pandemic," a spokesperson for Grassley said.

"Mrs. Pelosi’s remarks underscore the potential for further political mischief and long-term damage as the government intervenes to stimulate the economy," The Wall Street Journal editorial board wrote Tuesday. "When Democrats next complain that Republicans want to cut taxes 'for the rich,' remember that Mrs. Pelosi wants to cut them too—but mainly for the progressive rich in Democratic states."