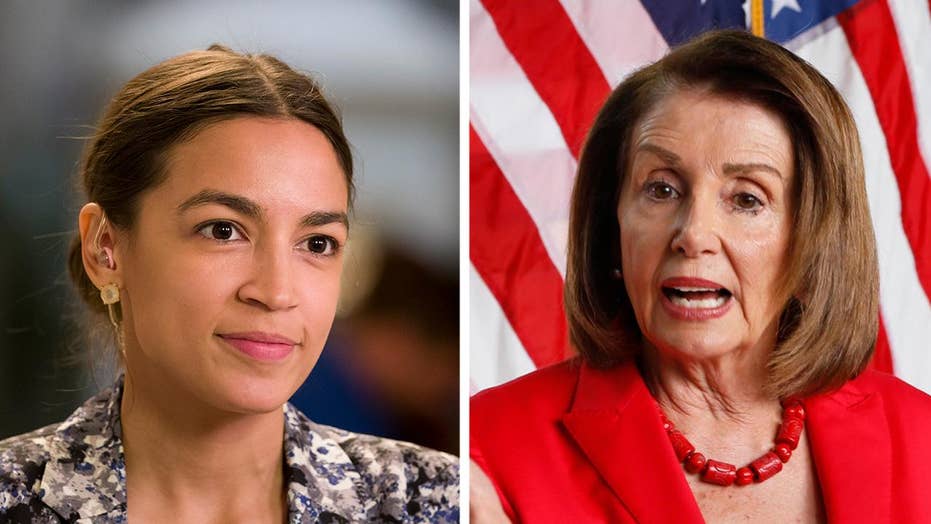 Tensions flare between House Speaker Nancy Pelosi and progressive lawmakers like Alexandria Ocasio-Cortez; reaction and analysis on 'The Five.'

Nancy Pelosi said she has "no regrets" about criticizing the four progressive freshman members of her party Wednesday.

"I do not. No. I have no regrets about anything," she said. Regrets are not what I do."

PELOSI ON AOC, OMAR OTHERS: 'THESE PEOPLE HAVE THEIR PUBLIC WHATEVER AND THEIR TWITTER WORLD'

The House Speaker accused all four members of being caught up in their own "world" of social media after they voted against the $4.6 billion bipartisan border bill. She also said their style of leadership does not lend itself to followers and highlighted their lack of support.

"They didn’t have any following," she told The New York Times in an interview published Saturday. "They’re four people and that’s how many votes they got.”

Ocasio-Cortez spoke out against the aid package following its passage and also responded to Pelosi's recent criticisms of her, saying it was acceptable for progressives to cast symbolic votes.

"It’s not even the four of us. It’s like ‘These ones,’" Ocasio-Cortez said on Tuesday. "What the speaker said... it’s not true. It’s just wrong... as progressives, it’s okay not to vote for the legislation to make a point."

"I did not believe for a minute McConnell was going to pass the House bill," she added. "The House bill was dead on arrival."