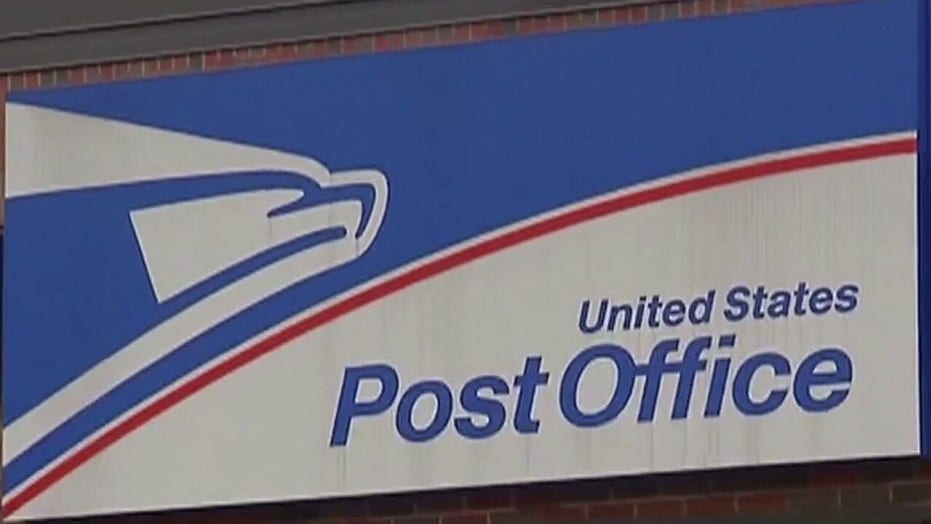 House Speaker Nancy Pelosi suggested members could be brought back from August recess to address issues regarding the U.S. Postal Service, while urging Democrats to appear at their local post offices amid the battle to protect mail-in ballots for the 2020 presidential election.

Pelosi, D-Calif., on Sunday said the post office has become “Election Central” due to the coronavirus pandemic even as President Trump and Republicans have warned for months that universal mail-in ballots would cause widespread voter fraud in the election.

“Alarmingly, across the nation, we see the devastating effects of the President’s campaign to sabotage the election by manipulating the Postal Service to disenfranchise voters,” Pelosi said.

Pelosi went on to slam Postmaster General Louis DeJoy, calling him a “top Trump mega-donor” who has “proven a complicit crony as he continues to push forward sweeping new operational changes that degrade postal service, delay the mail, and – according to the Postal Service itself – threaten to deny the ability of eligible Americans to cast their votes through the mail in the upcoming elections in a timely fashion.”

“These delays also threaten the health and economic security of the American people by delaying delivery of life-saving medicines and payments,” Pelosi said. “Lives, livelihoods and the life of our American Democracy are under threat from the President.” 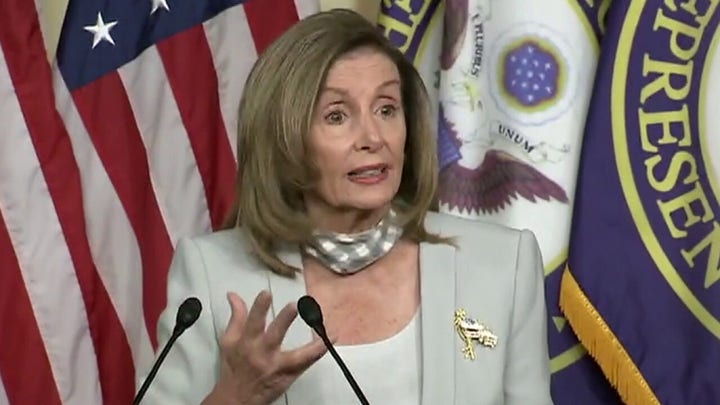 She added: “That is why I am calling upon the House to return to session later this week to vote on Oversight and Reform Committee Chairwoman Maloney’s ‘Delivering for America Act,’ which prohibits the Postal Service from implementing any changes to operations or level of service it had in place on January 1, 2020.”

Pelosi also said in an effort “to save the Postal Service,” that members should “participate in a Day of Action on Tuesday by appearing at a Post Office in their districts for a press event.”

“In a time of a pandemic, the Postal Service is Election Central,” Pelosi said. “Americans should not have to choose between their health and their vote.”

A senior Democratic aide told Fox News that Pelosi could have members return to Capitol Hill from August recess on Friday, and to be ready for deliberations on legislation for the USPS on Saturday—the weekend in between the Democratic National Convention and the Republican National Convention.

Pelosi’s comments come after she, Senate Minority Leader Chuck Schumer, D-N.Y., House Oversight Committee Chair Carolyn Maloney, D-N.Y., and the top Democrat on the Senate Homeland Security Committee Sen. Gary Peters, D-Mich., demanded the postmaster general and chairman of the U.S. Postal Service testify before Congress on Aug. 24. The Democrats said the testimony would be about the recent “sweeping and dangerous operational changes” at the agency that they claimed are “slowing” the mail and “jeopardizing the integrity” of the 2020 election. 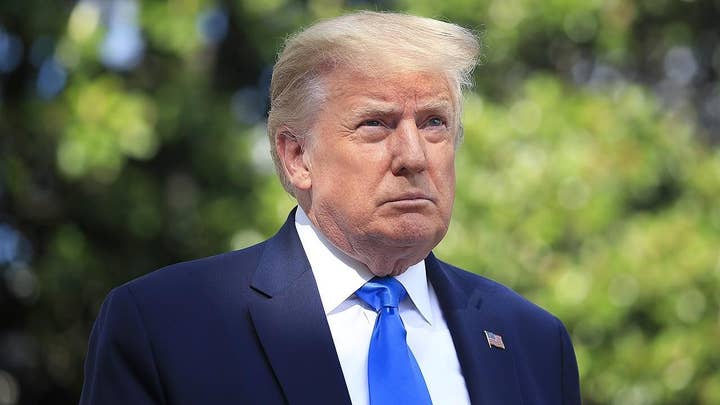 Trump and the Republican Party have been warning for months about possible fraud connected to mail-in voting. The RNC and the Trump campaign have filed lawsuits to hit back against efforts by Democrats to overhaul voting laws in response to the pandemic; this, while Democrats say that cases of actual voter fraud are limited and claim that Republicans are trying to suppress voter turnout to improve their chances of winning elections.

Earlier this week, the USPS warned 46 states and the District of Columbia that it cannot guarantee all ballots cast by mail will arrive in time to be counted in the November election.

Democrats have asked for $25 billion, including $3.5 billion in election resources, to fortify the Postal Service in time for the election to be included in the fourth coronavirus stimulus package. Trump has said the Postal Service money won’t be coming through unless Democrats come to the negotiating table on coronavirus relief and give concessions to Republicans.

"It's their fault," Trump told FOX Business’ “Mornings with Maria.” "They want $3.5 billion for something that's fraudulent ... for the mail-in votes, universal mail-in ballots. They want $25 billion for the post office. They need that money so it can work and they can take these millions and millions of ballots.”

Meanwhile, former Vice President Joe Biden's campaign said casting ballots by mail is the “most secure form of voting" amid the novel coronavirus.

But earlier this week, National Institute of Allergy and Infectious Diseases Dr. Anthony Fauci said there is “no reason” Americans can’t vote in person for the 2020 presidential election, so long as voters follow proper social distancing guidelines amid the coronavirus pandemic.

“I think if carefully done, according to the guidelines, there’s no reason that I can see why that cannot be the case,” Fauci told ABC News this week. “If you go and wear a mask, if you observe the physical distancing, and don’t have a crowded situation, there’s no reason why [people] shouldn’t be able to do that.”

But Fauci doubled-down, saying “there’s no reason why we shouldn’t be able to vote in person or otherwise.”