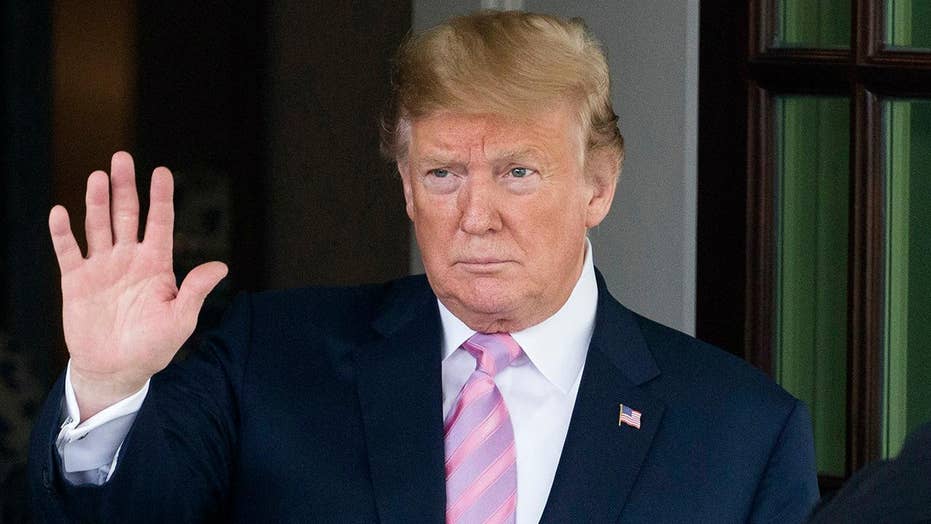 Trump renews focus on immigration crisis, says he will not separate families

The Washington Post first reported that the White House proposed sending the detainees to sanctuary cities, including Pelosi's district, twice in the last six months. The proposal was first floated in November amid reports of a large migrant caravan from Central America making its way to the southern border. The idea was again considered in February, amid the standoff with Congress over a border wall.

“The extent of this Administration’s cynicism and cruelty cannot be overstated,” Pelosi spokeswoman Ashley Etienne said in a statement Friday. “Using human beings—including little children—as pawns in their warped game to perpetuate fear and demonize immigrants is despicable, and in some cases, criminal.”

A source familiar with the discussions also told Fox News that Democrats who advocate leniency toward illegal immigrants should work with the administration to find ways to transport those set for release, including in their states and districts.

The proposal was apparently rejected both times it came up by immigration agencies.

A Nov. 16 email from the White House to officials at several agencies reportedly asked whether migrants could be arrested and bused to “small-and mid-sized sanctuary cities” and other Democratic strongholds. Pelosi’s district in San Francisco was considered one of the areas targeted, according to The Post.

The same report said "the attempt at political retribution raised alarm within ICE." An ICE official responded, noting that there were budgetary and liability issues, but also said “there are PR risks as well.”

The source familiar with the discussions argued, however, that the White House did not view this as political retribution.

“This was just a suggestion that was floated and rejected, which ended any further discussion,” the White House told The Post.

In a statement, Deputy ICE Director Matt Albence also pushed back and said he was not pressured by the White House – though indicated such a proposal was put forward.

“As the Acting Deputy I was not pressured by anyone at the White House on this issue. I was asked my opinion and provided it and my advice was heeded. The email exchange is clear and suggesting that it indicates inappropriate pressure is inaccurate,” he said.

President Trump has repeatedly blasted sanctuary cities, which are areas where local authorities refuse to cooperate with federal immigration agencies. The cities are typically run by Democrats.

The president was also hit this week with questions over the administration’s past family separation policy at the border. Trump said they have no plans to revive the policy, amid renewed speculation about whether the practice could return amid a shake-up in staffing at the Department of Homeland Security including the resignation of Secretary Kirstjen Nielsen.

Kevin McAleenan, who was serving as CBP commissioner, is replacing her as acting secretary.

Nielsen’s resignation comes amid an influx of migrants at the U.S.-Mexico border. Nielsen was reportedly frustrated with the difficulty of getting other departments to help deal with the growing number of families crossing the border. But administration officials told Fox News that McAleenan best fits Trump’s requirement of being the “toughest cop” on the frontier, and that Nielsen had been viewed as resistant to some of the immigration measures pushed by the president and his aides.

And on Wednesday, Nielsen announced that ICE Acting Director Ron Vitiello would be stepping down by the end of the week.