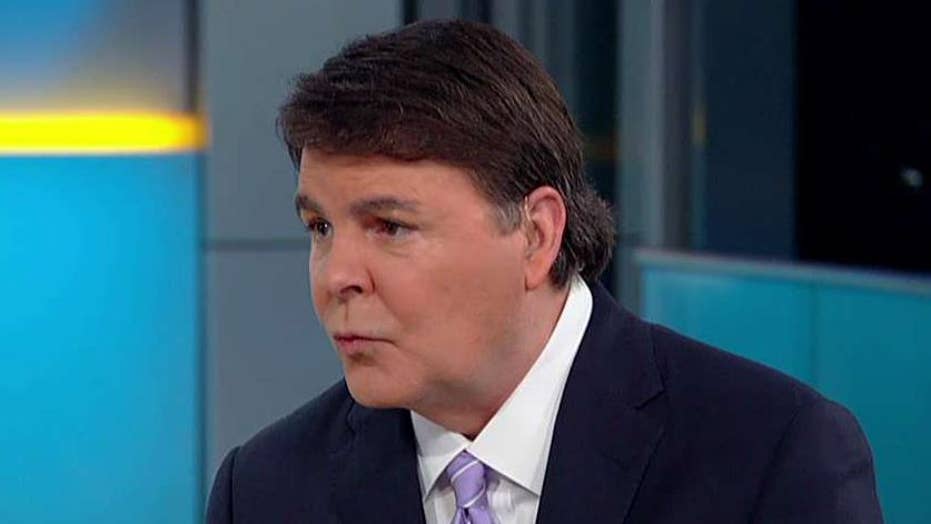 Greg Jarrett on Pelosi sending articles of impeachment to Senate

House Speaker Nancy Pelosi confirmed Sunday that she and fellow Democrats will soon discuss sending articles of impeachment against President Trump to the Senate for a trial, and defended her decision to wait weeks to do so.

Pelosi has faced criticism from Republicans for not allowing the impeachment process to move forward, and even some Democrats have expressed impatience.

Still, she insists it has been an effective strategy.

“No, no, no -- we feel that it has produced a very positive result,” Pelosi said on ABC’s “This Week,” pointing to new information that has surfaced former National Security Adviser John Bolton's announcement that he is now willing to testify in the Senate under subpoena

“We wanted the public to see the need for witnesses,” Pelosi said, defending the tactic.

During the delay, Senate Republicans introduced a resolution allowing for dismissal of the impeachment case if Pelosi failed to send the articles within 25 days. Senate Majority Leader Mitch McConnell was among those who backed the measure, leading Pelosi to accuse him of being potentially complicit in wrongdoing.

“Dismissing is a cover-up,” she declared.

Pelosi insisted that even without having witnesses at the Senate trial, which McConnell has opposed, there is enough evidence to remove Trump from office.

But even if the Senate acquits Trump, nothing will change the fact that he was impeached, she said.

"There’s nothing the Senate can do that can ever erase that,” she said, later adding, “He will be impeached forever.”

Immediately before the interview, Trump asked host George Stephanopoulos in a tweet to "ask Crazy Nancy why she allowed Adam 'Shifty' Schiff to totally make up my conversation with the Ukrainian President & read his false words to Congress and the world, as though I said it?"

While Pelosi did not talk about Schiff, she took a shot at the president, accusing Trump of "projection" when he insults others.

"When he calls somebody crazy, he knows that he is," she said.