House Speaker Nancy Pelosi on Friday announced legislation to create a commission that would allow Congress to oust a president from office, using the 25th Amendment, a day after she accused President Trump of being "in an altered state" from his coronavirus treatment.

"This is not about President Trump," Pelosi maintained Friday. "He will face the judgment of the voters. But he shows the need for us to create a process for future presidents."

Pelosi denied that the timing of the legislation had anything to do with the election and argued that setting up a commission on presidential capacity is needed to "give some comfort to people" on the stability of the government.

"Crazy Nancy Pelosi is looking at the 25th Amendment in order to replace Joe Biden with Kamala Harris," Trump tweeted. "The Dems want that to happen fast because Sleepy Joe is out of it!!!

Pelosi was joined at the Capitol by bill author Rep. Jamie Raskin, D-Md., who said the coronavirus crisis has further shown the need for a succession plan in the event the president is incapacitated.

"We need to act," said Raskin, who was a professor of constitutional law.

“In times of chaos, we must hold fast to our Constitution,” Raskin added. “The 25th amendment is all about the stability of the presidency and the continuity of the office.”

Pelosi had previewed the new legislation on Thursday, telling reporters that she would be “talking about the 25th Amendment” on Friday -- which allows for the vice president to become acting president if it is determined that the president "is unable to discharge the powers and duties of his office."

She questioned the state of Trump's health and his behavior since being diagnosed with COVID-19 amid an outbreak at the White House.

“The public needs to know the health condition of the president," Pelosi said Thursday, demanding to know his negative test for the virus before announcing he was infected last week.

Trump later responded: “Crazy Nancy is the one who should be under observation. They don’t call her Crazy for nothing!”

Under the 25th Amendment, Congress, the cabinet and vice president can strip powers from a president if for some reason he or she is declared unfit under dire circumstances. But that requires a 2/3 vote of both houses. 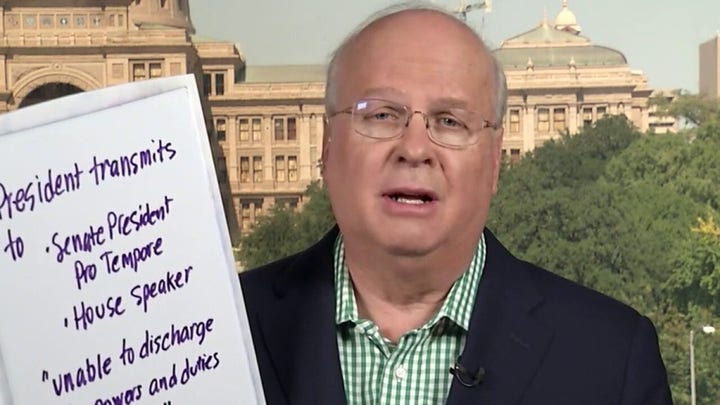 Section 4 of the 25th Amendment also states that a majority of “such other body as Congress may by law" determine if the president cannot discharge the powers and duties of his office. The 25th Amendment was ratified in 1967 and Raksin said it's time for Congress to set up this "body."

Raskin's bill, which would have to be passed by both chambers of Congress and signed by the president, which would set up “the Commission on Presidential Capacity to Discharge the Powers and Duties of the Office."

The 17 members of the bipartisan commission would work with the vice president to determine whether the president is “unable to discharge the powers and duties of his office” due to physical or mental incapacity. Prospectively, that commission would adjudicate the need for a transfer of power.

Raskin introduced a similar bill in 2017 saying Trump has thrown the country into chaos.

“For the security of our people and the safety of the Republic, we need to set up the ‘body’ called for in the 25th Amendment," Raskin said at the time. "The president can fire his entire Cabinet for asking the same question tens of millions of Americans are asking at their dinner tables, but he cannot fire Congress or the expert body we set up under the Constitution."

While such a bill may pass the Democrat-controlled House, it would seem extremely unlikely to pass the Republican-controlled Senate unless there was a significant development in Trump’s health. However, it introduces a new political narrative just weeks before Election Day.

Trump was admitted to Walter Reed National Military Medical Center last Friday, began a course of treatment, and returned to the White House Monday -- before returning to the Oval Office on Wednesday.

Pelosi was asked Friday if she thought Trump has met the threshold for the 25th Amendment to be invoked.

"That’s not for us to decide," she said. 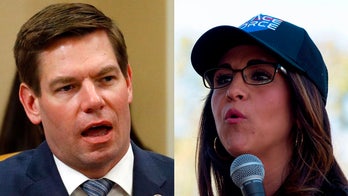