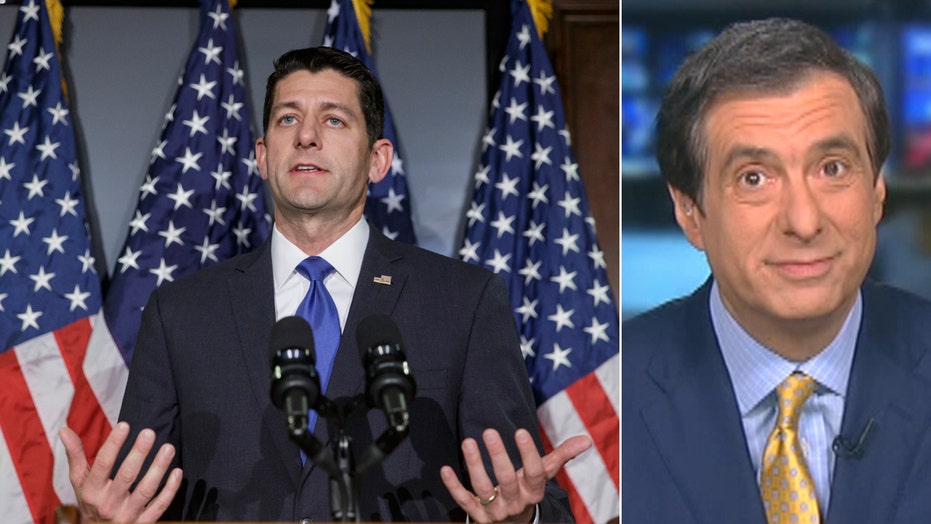 The media are so enamored of this brokered convention business that they’re happy to conjure up scenarios in which someone who hasn’t run for president walks away with the nomination.

Even if that person says no way.

Some Republicans are so deeply entrenched in the Anyone But Trump camp that they’re willing to draft any person who seems viable—even a little-known general to mount a third-party bid.

It seems kind of crazy that the GOP nominee should be anyone other than Donald Trump, Ted Cruz or even John Kasich—the three candidates still standing. How are the millions of Republicans who voted for Trump or Cruz going to feel if they are maneuvered out of the nomination in favor of someone who didn’t bother to run?

That seems like a surefire prescription for civil war.

The guy most frequently invoked by the chattering classes is Paul Ryan—so often, in fact, that he felt compelled to hold a press conference yesterday taking himself out of the running (as he has done more than a dozen times before).

"I do not want, nor will I accept the nomination of our party...Count me out," he said.

You can see why Ryan would have a certain appeal: a true-blue conservative, a party insider, and the VP nominee last time around.

Plus, when the Wisconsin congressman denies interest, skeptics can simply point to how he resisted the appeals to succeed John Boehner as House speaker, before finally agreeing to be drafted.

So before Ryan did his I-promise-I’m-not-running pledge yesterday, there was a lot of talk along the lines of this CNBC post calling Ryan the “likely” nominee:

“The current Speaker of the House stands a much better chance than Trump, who cannot beat Clinton, and Cruz, who cannot win the nomination.”

The Ryan boomlet got a little louder with this New York Times story:

Not only did the speaker visit Bibi Netanyahu in Israel, but “his staff churned out its latest flattering video of Mr. Ryan, deploring identity politics and promoting a battle of ideas — set to campaign-style music. And his office continued to beat back the not-exactly-library-voice whisper campaign favoring a coup at the Republican convention in July that would elevate Mr. Ryan to the top of the ticket…

“He is already deep into his own parallel national operation to counter Donald J. Trump and help House and Senate candidates navigate the political headwinds that Mr. Trump would generate as the party’s standard-bearer — or, for that matter, Senator Ted Cruz, who is only slightly more popular.”

Ryan repeatedly said he won’t accept the nomination at the Cleveland convention he will chair, and that anyone who wants to be president should run for president.

Then his staff got a bit more aggressive in the denial department, arguing in this Politico piece that “the national media are misreading his motives”:

“He simply doesn’t want to be president right now. One aide said ‘over my dead body’ would Ryan emerge from Cleveland with the GOP nomination.”

But apparently it didn’t work. Wasn’t Shermanesque enough, or something. So Ryan had to actually go before the cameras to say he was telling the truth in his previous denials.

Why, after all, would he want to be the guy who fractured the party in Cleveland, crippling any chance he would have to win?

One thing about political reporters is they don’t like to take no for an answer. Elizabeth Warren was constantly asked about a presidential bid even after denying it six ways to Sunday. Turns out we should have taken her at her word.

The retired general, nicknamed Mad Dog, is the former head of Central Command. The Daily Beast says some conservative billionaires have ordered up research on how Mattis could get on enough fall ballots to win 270 electoral votes—or at least block a Hillary victory and throw the election into the House. Mattis has received the memos, the piece says.

But then this paragraph throws cold water on the effort:

“Another limiting factor is Mattis himself, who is disinclined to run. These strategists hope he could change his mind if he were to feel compelled to serve his country.”

Navy Times quotes one of the movement’s leaders, former Jeb Bush adviser John Noonan, as saying of Mattis: “I think if he is asked, his initial response will be somewhere between ‘no’ and 'hell no.’” But perhaps he could be persuaded.

Are we headed into fantasy land here?

It’s obvious that the GOP is deeply split over Trump and Cruz. But the dream that a white knight will come along to rescue the party isn’t grounded in reality.