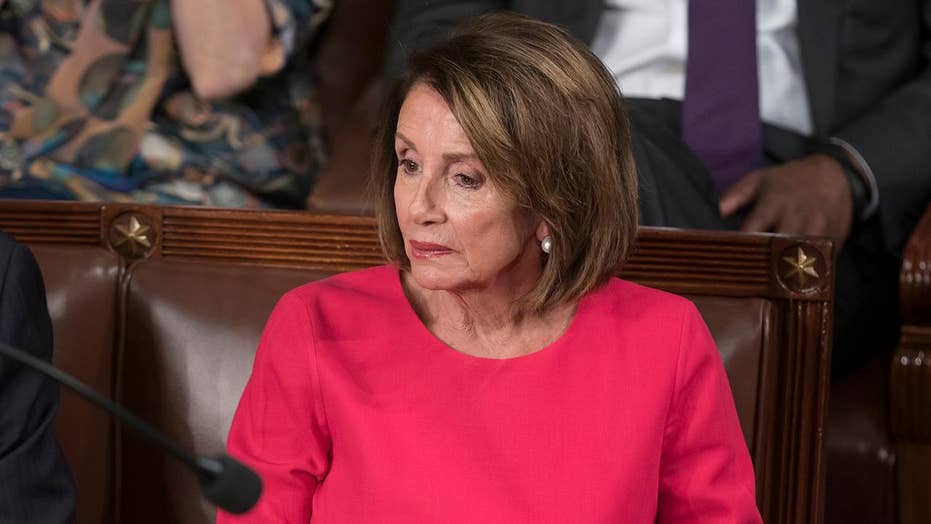 Congratulations, new members of the House and Senate.

You are no longer Washington outsiders.

You are now incumbents.

Are you part of the “swamp?” The “deep state?” The “establishment?” That's unclear. But you are most certainly now “inside the Beltway.”

Most who come to Washington contend they won’t “go native” and will fight against the unholy monikers listed above. There’s merit in that. But consider this quotation from Katharine Graham, the longtime publisher of the Washington Post: “When it comes to Washington, most people tend to think first of politics. But Washington is also a geographic and physical place. It is, for instance, one of the few cities in the world where you can talk endlessly about trees.”

Who are we to quibble with the keen observations of the late, great Katharine Graham? However, we can assure you, most Washington conversations are bereft of dendrology.

The House and Senate welcome a prodigiously large class of freshmen to Washington for the 116th Congress. Collectively more than 90 brand new people in both bodies.

Two things about big congressional classes. They are so massive that inevitably some new Members will commit what are regarded as “amateur” mistakes. Some are just stumbles. Others are glaring errors. Some major scandals. That was certainly the case with big classes welcomed to Washington following major political upheaval in 1974, 1994, 2006, 2008 and 2010. You never quite know who might step in it. But the classes are so large that the odds of a freshman miscue grow geometrically.

Reporters lurk everywhere. In fact, there are many more reporters, photographers and technical personnel credentialed to cover Congress than lawmakers themselves. A big bus doesn’t pull up each day in front of the Capitol and dump the press corps on the plaza. Reporters are here all times of the day and the night. Generalists who report on “news of the day.” Specialists who know granular details of transportation policy or military issues in Syria. There are reporters who just parachute in for big events like State of the Union or for President George H.W. Bush to lie in state.

If you’re a senator, don’t be surprised at the crush of reporters when you trek from your office through the underground tunnels en route to the Capitol for a vote on the floor. You’ll have to run a gauntlet of scribes camped out in the basement of the Russell Senate Office Building, staked out out in Capitol subway station and floating between the big Senate elevator bank and Ohio Clock Corridor off the floor. On the House side, reporters prowl in the Speaker’s Lobby behind the House chamber and roam the hallway near the Will Rogers Statue. The press corps is as much a part of the fabric of Capitol Hill as the Members and staffers themselves.

Members of Congress boast an impressive skill set. There are good orators. Others are legislative technicians. Many are great campaigners. Some are outstanding at constituent service and dealing with the public. You’ll find an expert in almost every policy area imaginable, ranging from civil conflicts in Africa to the fishing rights of Native American tribes.

What’s the most important attribute for a lawmaker? Stamina. As the late Rep. Vern Ehlers (R-MI) told me years ago, “I work 24 hours a day.”

Congress moves at an unforgiving velocity. The demands on the schedule of Members of Congress is unrelenting. The travel is brutal. There’s stress. Upset constituents. Upset Congressional whips. We already mentioned the pesky media. Maintaining a healthy work-life balance is a near impossibility. It’s not for everyone. There should be little surprise why there were so many vacancies leading to this January’s gargantuan freshman class.

Lawmakers make lots of promises about the bills they intend to pass. But in reality, there are only about 60 Members in both the House and Senate with the acumen to advance major legislation. That’s not to say lawmakers can’t sign on to and “co-sponsor” bills which move successfully across the House and Senate floors. But those capable of engineering a bill from scratch and shepherding it through final passage is a pretty limited group. Some are in fact freshmen. Some grow into that role down the road. And some never master this skill.

Also, new lawmakers aren’t even sure of what kind of legislators they want to be once they hit town. They often evolve.

Almost 30 years ago, an upstart freshman arrived in Washington to take the Capitol by storm. He joined a group of other like-minded freshman, forming the “Gang of Seven,” determined to challenge the old ways of Congress. They criticized its day-to-day operations. That freshman garnered national attention as a vocal back-bencher. But after a few years, the same member gained seniority and became a committee chairman by working within the system. That member? Former House Speaker John Boehner (R-OH).

Here’s one nugget of sage advice senior lawmakers will tell the Congressional neophytes: Get to know and be nice to the Capitol cops. The U.S. Capitol Police force guards the Capitol 24/7, 365 days a year. It’s officers are tasked with a thankless, impossible job. With such a big class of lawmakers coming in, it will take officers a while to learn what all of the newcomers look like. Former Rep. Cynthia McKinney (D-GA) famously berated a U.S. Capitol Police officer who didn’t recognize her. McKinney poked the officer in the chest with a closed fist.

It’s hard for freshmen – not named Rep. Alexandria Ocasio-Cortez (D-NY) – to garner press attention when you’re one member in an institution of 535 people. But beating up on the USCP is a surefire way for a freshman to stand out.

Or, just hours after you’re sworn-in, you can use an expletive to refer to the president of the United States.