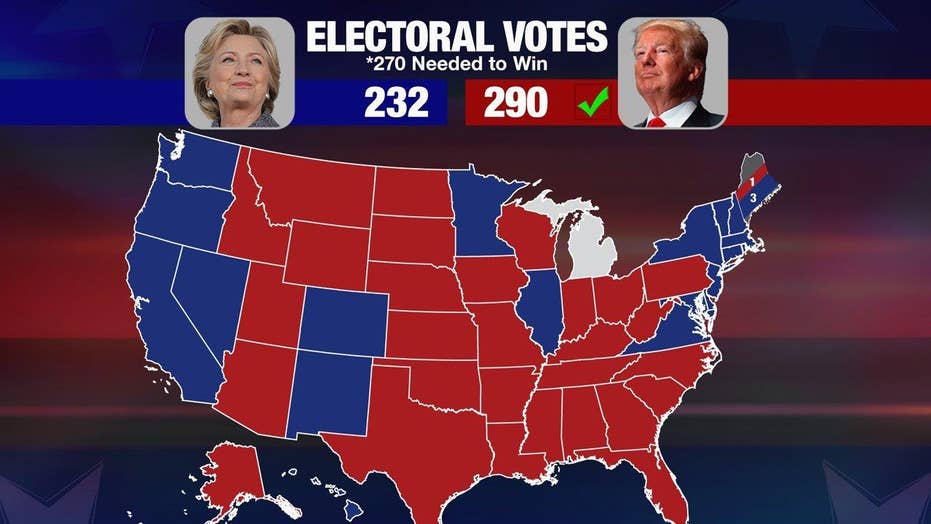 Could the Electoral College really be abolished?

Trump, as with all presidential election victors, won the election because he garnered the most Electoral College votes.

But he likely will be the fifth president in American history to do so while losing the popular vote. The last president to win the presidency in such a manner was President George W. Bush, who beat Democrat Al Gore in 2000 despite Gore gaining more overall votes.

“This is the only office in the land where you can get more votes and still lose the presidency. The Electoral College is an outdated, undemocratic system that does not reflect our modern society, and it needs to change immediately,” Boxer said in a statement.

The legislation is almost certainly doomed in a Republican-dominated Congress. In the unlikely event it passed, the measure would still require ratification by three-fourths of the states within seven years of passage, as it would seek to amend the Constitution.

Boxer noted that in 2012, Trump had tweeted his dislike of the Electoral College. Trump said in a "60 Minutes" interview that aired Sunday that he would be fine seeing the college replaced by a vote that favors “simple votes.” He later tweeted that if that were the case, he would have campaigned differently and still beaten Clinton. He also called the Electoral College “genius.”

If the election were based on total popular vote I would have campaigned in N.Y. Florida and California and won even bigger and more easily

The Electoral College is actually genius in that it brings all states, including the smaller ones, into play. Campaigning is much different!

The Los Angeles Times notes that Boxer has co-sponsored bills to abolish the Electoral College  before, and none have been considered by Congress.