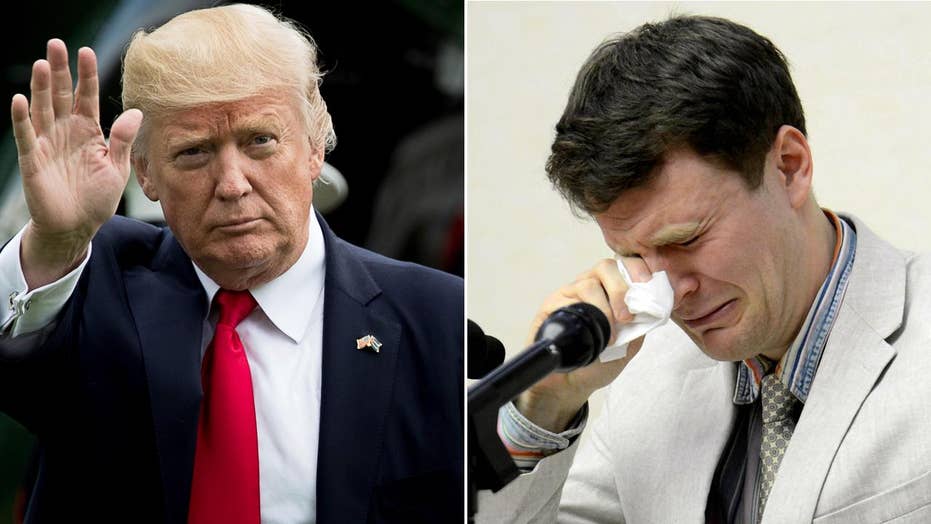 Questions over how Warmbier's death may shape Trump policy

President Trump slammed North Korea's "brutal regime" Monday after the death of college student Otto Warmbier, who was released by the communist nation in a coma last week.

"Lot of bad things happened," Trump said during a White House meeting with technology CEOs, “but at least we got him home to be with his parents."

Secretary of State Rex Tillerson said the United States held North Korea accountable for Warmbier's "unjust imprisonment" and demanded that the country release three other Americans it is holding prisoner for alleged crimes against the state. The U.S. government has previously accused North Korea of using such detainees as political pawns.

Warmbier was held by North Korea for more than 17 months before he was medically evacuated June 13. He died Monday at University of Cincinnati Medical Center, near where he grew up in suburban Wyoming.

Warmbier’s family said in a statement that "the awful torturous mistreatment our son received at the hands of the North Koreans" meant that "no other outcome was possible beyond the sad one we experienced today." 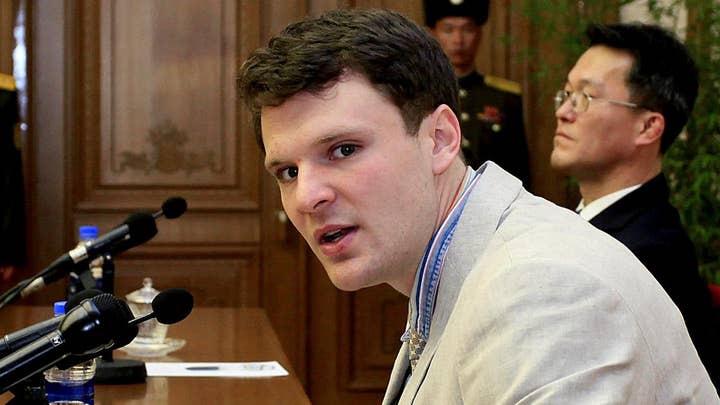 In a written statement, Trump said that "Otto's fate deepens my Administration's determination to prevent such tragedies from befalling innocent people at the hands of regimes that do not respect the rule of law or basic human decency."

U.S. Ambassador to the United Nations Nikki Haley, who has led the charge for tougher sanctions on North Korea over its nuclear missile program, said "Countless innocent men and women have died at the hand of the North Korean criminals, but the singular case of Otto Warmbier touches the American heart like no other.

"While Otto Warmbier's memory will always be a blessing to his loved ones," Haley added, "it will also serve as an indelible reminder to us of the barbaric nature of the North Korean dictatorship."

Warmbier had traveled to North Korea as part of a tour group when he was detained at Pyongyang's airport in January 2016. The company that organized the trip, Young Pioneer Tours, announced after Warmbier's death that it would no longer organize tours of North Korea for U.S. citizens.

"The assessment of risk for Americans visiting North Korea has become too high," said the company, which has also offered tours to Iran, Iraq and former Soviet republicans and boasted of booking "budget tours to destinations your mother would rather you stayed away from." 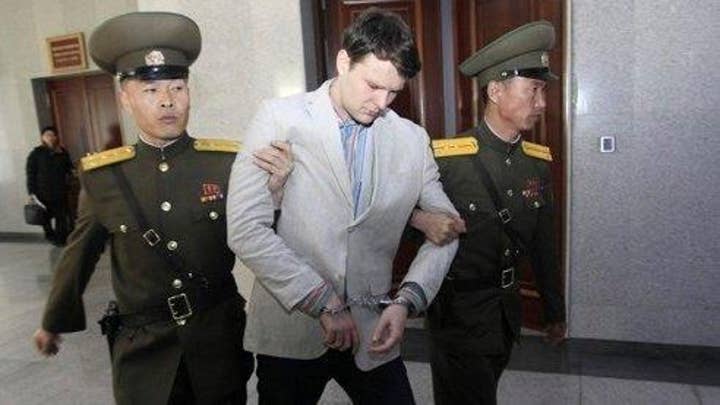 The State Department warns against travel to North Korea, but does not explicitly forbid it. While nearly all Americans who have been there have left without incident, visitors can be suddenly seized and face lengthy incarceration for what might seem like minor infractions.

On Capitol Hill, Rep. Ed Royce, R-Calif., the chairman of the House Foreign Relations Committee, called for the U.S. to ban all tourist travel to North Korea.

"Travel propaganda lures far too many people to North Korea," Royce said. "This is a regime that regularly kidnaps foreign citizens and keeps 120,000 North Koreans in barbaric gulags."

"In the final year of his life, he lived the nightmare in which the North Korean people have been trapped for 70 years: forced labor, mass starvation, systematic cruelty, torture, and murder," McCain said, later adding, "The United States of America cannot and should not tolerate the murder of its citizens by hostile powers."

Sen. Rob Portman, R-Ohio, said North Korea should be "universally condemned for its abhorrent behavior.” He added that Warmbier’s family "had to endure more than any family should have to bear."

“Our hearts are broken for Otto’s family and everyone who knew and loved him,” Brown added.

"This horrendous situation further underscores the evil, oppressive nature of the North Korean regime that has such disregard for human life," Kasich says.