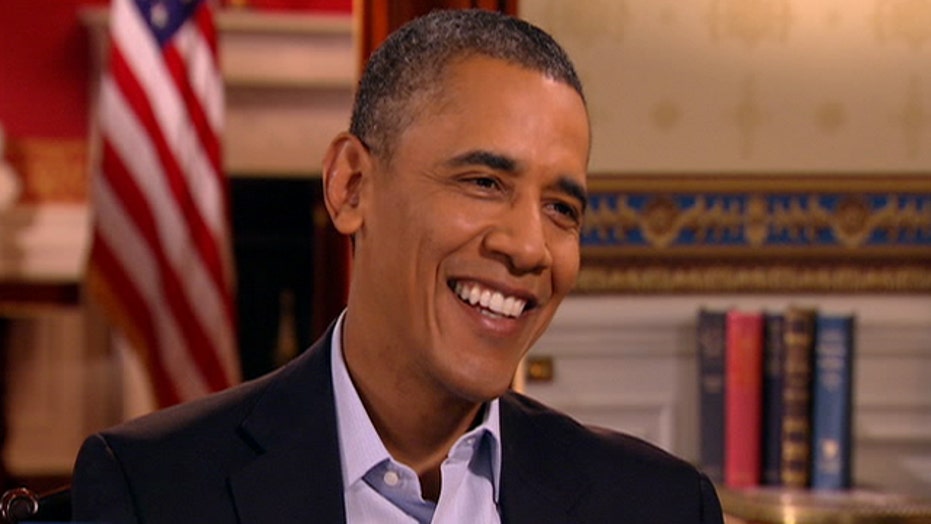 From the opening seconds of his Super Bowl Sunday sitdown, Bill O’Reilly was running a hurry-up offense and determined to score.

Barack Obama scored points as well — most vociferously, it seemed, when he was criticizing Fox News.

My scorecard says it was a good outing, with a huge audience, for both men.

Critics will undoubtedly say that the prime-time host pressed three issues that have been relentlessly pushed by Fox: ObamaCare, Benghazi and the IRS scandal. The test, of course, is whether he broke new ground.

O’Reilly was aggressive, constantly challenging the president, and Obama didn’t get rattled, though at a couple of points he certainly looked peeved. But Bill had a stark choice, given the 10-minute time limit: keep interrupting Obama or allow him to run out the clock.

And as he told me in a segment on Friday, he planned to frame questions that required short answers, rather than allowing the president to bloviate about his philosophy.

The first confrontation at the White House came early, when O’Reilly asked why Obama hadn’t fired Kathleen Sebelius. The president pivoted to the benefits of the health law, but O’Reilly wouldn’t let go: “I’m a taxpayer. And I’m paying Kathleen Sebelius’ salary and she screwed up. And you’re not holding her accountable.”

Obama used humor when O’Reilly asked whether his broken keep-your-plan promise was his biggest mistake — “Bill, you’ve got a long list of my mistakes” — and finally punted with a football analogy: “I try to focus not on fumbles but on the next play.”

The next play was Benghazi. O’Reilly tried without success to find out whether former Pentagon chief Leon Panetta had told Obama that the assault was a terrorist attack. After a couple of interruptions, the president said: “Bill, and I’m trying to explain it to you if you want to listen.”

The president played the anti-Fox card when O’Reilly said that “your detractors” believe that “your campaign” didn’t want the true Benghazi story out. “They believe it because folks like you are telling them that,” Obama said, adding that the charge was inaccurate.

O’Reilly raised the IRS issue by questioning the former commissioner’s 157 visits to the White House; Obama said they were health care-related and didn’t recall meeting with him. “These kinds of things keep on surfacing in part because you and your TV station will promote them,” the president said, insisting there was no corruption at the agency but “some boneheaded decisions.”

The interview ended on a conciliatory note, with O’Reilly saying: “I think your heart is in the right place.”

Obama fans undoubtedly think O’Reilly’s line of questioning was unfair and overbearing; Fox fans were rooting for Bill to pin the president to the mat. But here’s why both combatants can claim victory:

Politicians put more points on the board when they’re facing major-league pressure. White House officials knew, based on two previous encounters, that O’Reilly would be aggressive, which in turn would prompt the president to push back harder. And there would be heightened media interest based on Obama entering the Fox’s den, challenging the highest-rated host on a network that the president recently complained has rendered him as a “caricature.” O’Reilly, in turn, demonstrated that he can get access to the White House and conduct a civil interview with the leader of the free world.

CNN’s Jake Tapper, whose interview with the president aired Thursday and Friday, asked solid questions but made little news, except for an incremental advance on Obama’s openness to a House immigration proposal. This was in part because he allowed Obama to give lengthy answers.

As for O’Reilly, we get to score Part 2—a taped conversation that followed the live interview—on Monday night’s Factor.