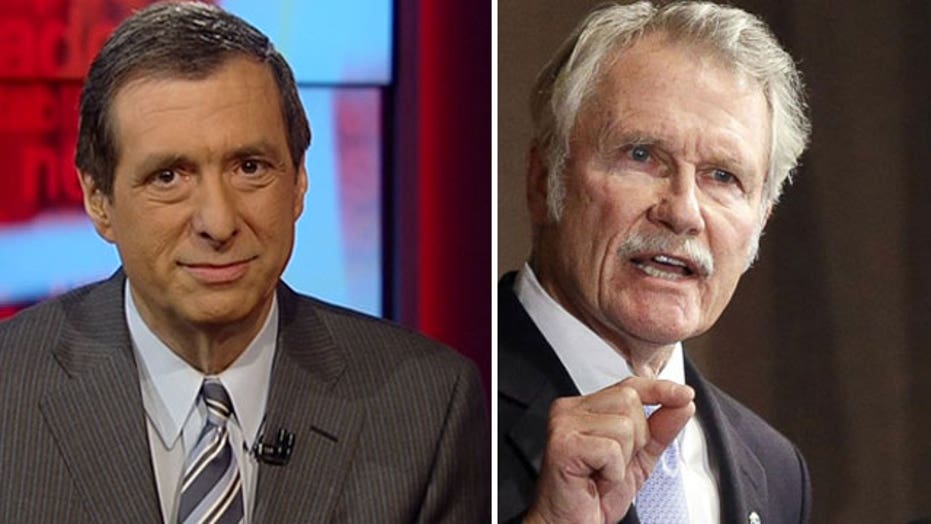 The governor of New York is mired in a scandal. Not just any scandal, but one that turns on humiliating revelations involving his girlfriend.

The governor is embarrassed as it turns out his fiancée has been married before and didn’t bother to tell him. Worse, it was a sham marriage to get a green card for an Ethiopian immigrant, which netted her $5,000.

Then it turns out that the governor’s fiancée was lobbying him for the green energy interests she represents as a consultant, and may not have disclosed all her fees.

Newspapers demand that the governor resign, and the woman who would succeed him would be the first openly bisexual governor in American history.

Imagine the network stories, the cable debates, the online eruption, the Twitter frenzy. The story would be covered, analyzed and dissected around the clock.

But that didn’t happen, because it took place in Oregon.

Gov. John Kitzhaber announced his resignation the other day, effective tomorrow, three months after being reelected to a fourth term, over the mess with his gal Cylvia. He will be succeeded by Kate Brown. And most of the country doesn’t know about this. It’s a blip on the national media radar. The New York Times has been catching up on the drama, but it's barely been mentioned on the air.

Here's my favorite part: Having decided to step down, the governor blamed--yes--the media:

"It is deeply troubling to me to realize that we have come to a place in the history of this great state of ours where a person can be charged, tried, convicted and sentenced by the media with no due process," he said.

I know there was a local frenzy, but that seems perfectly understandable, given that the allegations, now under federal investigation, wound up toppling the state's leader.

Some conservatives think the press yawned because Kitzhaber is a Democrat, but I doubt he would have garnered much more attention if he was a Republican.

The only exception to that would be if Kitzhaber, like Chris Christie, was running for president. Then the story would be fueled by 2016 politics.

Basically this speaks volumes about the media’s East Coast bias. Oregon is way off the media’s trail. New York is the epicenter. If there are scandals involving Eliot Spitzer, Anthony Weiner, even the state Senate leader Sheldon Silver, the rest of the country hears about it. Maybe a scandal in New Jersey or Boston would get a big ride.

A California governor embroiled in a scandal with his fiancée would also get plenty of play, given the media concentration in L.A.

But Oregon, not so much. Which is perhaps the only thing for which John Kitzhaber can be grateful.