Runaway Oregon Republican not backing down on opposition to carbon tax

Oregon State Senator Tim Knopp speaks out from an undisclosed location after fleeing the state to dodge a climate change vote.

One of the runaway Oregon Republican senators said they won’t return to the state until the “inefficient, complicated, and expensive” carbon tax is scrapped and a bipartisan solution is found.

Oregon State Senator Tim Knopp appeared on “Fox and Friends” Tuesday morning from an undisclosed location as he and other 11 Republicans remain in hiding to block the looming climate change legislation – all while the state police was authorized by Democratic Gov. Kate Brown to round them up.

He said that the Republican walkout was warranted given the damage the legislation would inflict upon the people of Oregon, but stressed that they too want to combat climate change.

“We do want to take action on climate change but this was a carbon tax and one of the most inefficient, complicated, and expensive ways to address reduction carbon dioxide emissions.”

“We do want to take action on climate change but this was a carbon tax and one of the most inefficient, complicated, and expensive ways to address reduction carbon dioxide emissions,” Knopp said.

“All we're saying is it shouldn't cost thousands of manufacturing jobs, raise the gas tax by 20 cents a gallon to start out with, and raise natural gas prices for people who heat their home by almost 50 percent. We think there's a better way to reduce carbon dioxide emissions and so we’re holding out and only way we could do that and stop this vote is by not providing a quorum for Democrats to roll over us,” he added.

The bill would limit greenhouse gas emissions and auction pollution allowances for carbon that businesses want to emit, with a lowering cap. The bill would reduce emissions to 45 percent below 1990 levels by 2035 and 80 percent by 2050. Critics say it will hurt the business community and exacerbate a divide between the liberal, urban areas and rural parts of the state.

Knopp confirmed that the state police is indeed after the runaway Republicans, with the police superintendent being “firm” on him in asking for his return.

“I politely declined his offer and he indicated that at any time he would be prepared to facilitate my return to the capital,” the lawmaker said.

The state senator said that the bill the Democrats are pushing for doesn’t address the real sources of carbon emissions, including the forest fires that are ruining the state, and the fact that people in Republican districts are opposed to it. 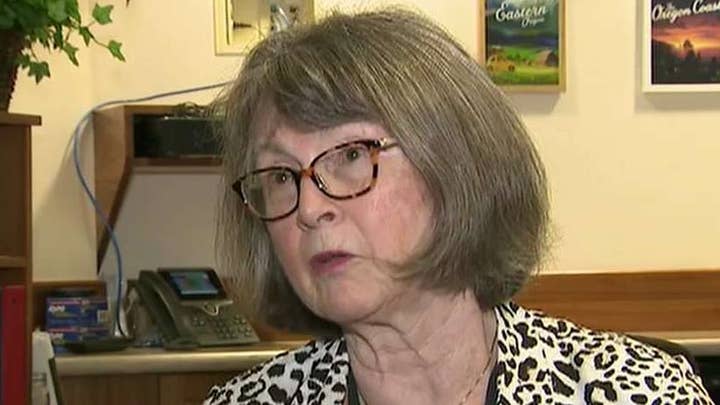 “When you tell them what it actually does and not just go with a talking points about it being clean energy jobs, people are very opposed to it, and statewide I think they would be too. One of the things we've said is, if you're so confident that people want this, let’s refer it to the people of Oregon, let’s let them debate it and let’s let them vote on it which we have that process here in Oregon,” he said.

If Oregon adopts the legislation, it would be the second state after California to adopt such a policy, raising questions whether the legislation is more beneficial to the state of California rather than Oregon.

“There's a factory that makes paper towels … with 2,000 blue collar jobs, union jobs, and that plant right now is at risk because of this bill and we just find that unacceptable and we're going to stand with these people, and fight as long as we possibly can and we hope to win,” he added, noting that they are likely to remain in hiding until June 30th at midnight, the date when the legislative session constitutionally ends.