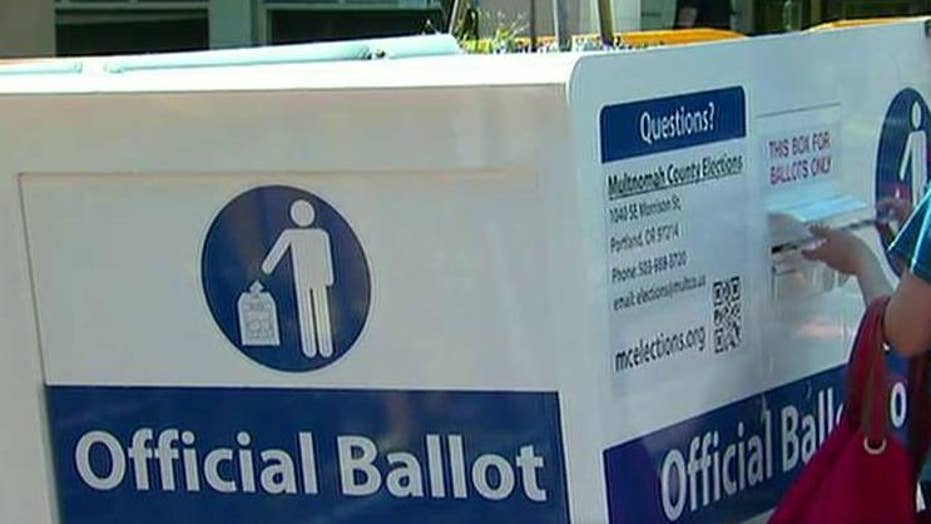 At first glance, Tuesday’s Democratic  primary in Oregon might seem to favor Bernie Sanders, but one major circumstance could work against him – it’s a closed primary.

The Beaver State is largely white, liberal and has a similar makeup to next-door Washington State, which earlier gave Sanders a huge victory with 73 percent of the vote.

But here’s what Sanders needs to worry about: Washington State held open caucuses, while Oregon’s closed primary means only pre-registered Democrats can vote. That is a format  that previously  has overwhelmingly favored Hillary Clinton, who has a perfect 8-0 record  in closed primaries.

“People, whether they’re Democrats or Republicans, they should have the option to vote either side,” said Gindele.

“I’m a Democrat and this is the election for the nominee of my party, and I believe if you want to help pick who the Democratic Party nominee is, you should be a Democrat,” she said.

Oregon’s voter registration list has been exploding since January, when the most liberal motor-voter law in the country took effect. When people either obtain a driver’s license for the first time or renew their license, they are automatically registered to vote, unless they opt out. Some 51,588 newly-registered voters have been added that way in just under five months.

Of those automatically enrolled voters, 42, 471 initially chose no party, so they went on the rolls as non-affiliated. This means they are not eligible to vote in either the Republican or Democratic closed primaries.

The major candidates and their parties are trying to reel them in with some success. In the last few weeks, 20,500 of those non-affiliated, automatically-enrolled voters chose a party and the clear winner was the Democratic Party, joined by 81 percent. Another 16 percent joined the GOP.

But inside the poll, there appeared hope for Sanders. Among Democrats surveyed who are younger than 30, Sanders was supported by 89 percent. It’s presumed most of the new, motor-voter registrants are young people. But gauging their participation can be tricky.

“If they turn out, the election could be different  than our survey,” says DHM pollster John Horvick, “If they do what they typically do, then that would be good for Clinton.”

“A good many in Oregon did change from non-affiliated or from another party to Democrat,” said Oregon Secretary of State Jeanne Atkins, “I think because there was high interest in that particular primary.

Oregonians have been voting for weeks. The state is all vote-by-mail. As of Monday morning, 29 percent of registered voters had mailed in their ballots. To be counted, ballots must be received by 8pm PT Tuesday.

Officials expect a late surge of ballots being put in drop boxes located around the state. They expect to fall just short of the record 57 percent turnout in 2008, when Barack Obama beat Hillary Clinton.