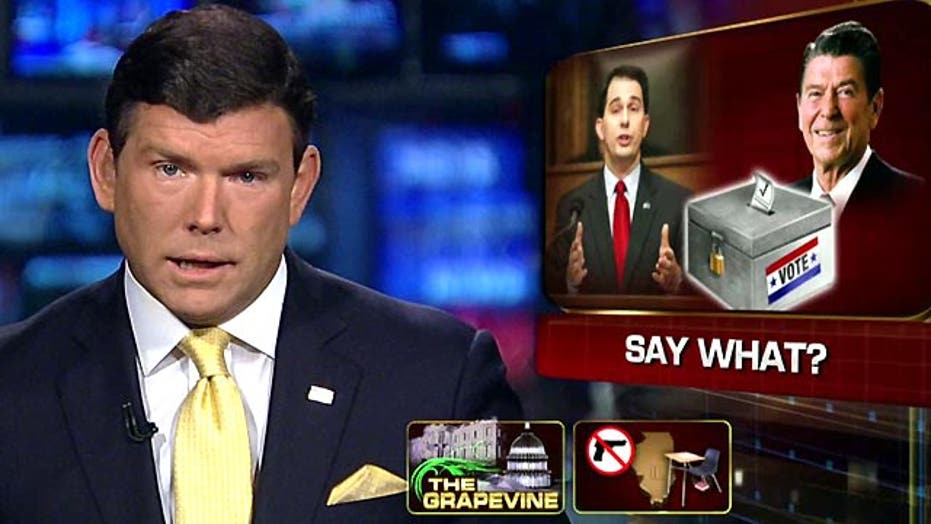 Simple mistake caused quite a stir

According to a Right Wing News blog post published Monday, Walker said in a taped interview, “I remember, I was a teenager, had just become a teenager and voted for Ronald Reagan — limited government, you know, smaller government, lower taxes, strong national defense. You knew what you were getting. You knew how a Reagan administration, a Reagan presidency was going to be better for you.”

Except the Wisconsin governor didn’t say that. It was a transcription error later corrected by the blog’s author, John Hawkins.

Before the clarification, the left – including faux television anchor Will McAvoy, who stars in “The Newsroom” on HBO – ripped the Wisconsin Republican for lying.

And Salon devoted a blog post to the flap, which it later updated with the truth.

All I have to say, is poor Scott Walker. So instantaneous is the power of Twitter, he never knew what hit him. After the dust settled, and the correction filtered through the web, Walker posted his own tweet proclaiming his innocence.

A lotta good that did him. Brad Woodhouse, former DNC communications director, still ain’t buying it. He wants “the whole audio,” not the snippet released by Hawkins.

For Walker, who is weighing a 2016 presidential run, this Twitter maelstrom is a classic case of overreach by his opponents.

Not so cold, apparently, as to freeze the senator’s sharp tongue.